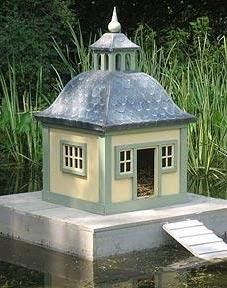 I had an impassioned telephone conversation with Mrs EU Referendum last night, who is staying with her elderly mother recovering from an operation on her eyesight.

The proximate cause of her ire was the juxtaposition of two events. Earlier that day, she had read in one of the tabloids of a toerag who had been treated to a £7,000 safari holiday at the taxpayers' expense, on the grounds that his social worker thought it might help sort out his criminal behaviour – only to have the scum get caught within days of his return doing some nefarious act.

Later that day, Mrs EU Referendum had been confronted with a distressed young lady at the door of the residence, her clothes smeared in human excrement, apologising that she could not come in as she had to go home to change her clothes and bathe.

The young lady in question was a peripatetic care worker, charged with visiting elderly mother. On her previous call, however, her charge, a very elderly confused man living on his own, had managed for reasons unknown to soil himself very badly. Perforce, the young lady took it upon herself to clean him up as best she could, unaided, thus transferring some of the substance to herself.

For this, the lady in question – doing a task for which most of us would require a king's ransom – was paid the minimum wage. How was it, demanded Mrs EU Referendum, that public money could be lavished on the dregs, yet people who were doing such important jobs, of such great value to society, were rewarded so poorly?

While agreeing with both propositions, I somehow sensed that I was not going to get anywhere pointing out that if we stopped lavishing amounts sending the dregs on safari holidays, care workers were not necessarily going to get increased wages. Public finances simply don't work that way.

Similarly, I am not going to get anywhere pointing out that the linkage made today by The Daily Telegraph - giving the "duck house" an airing again - between the lavish pay and expenses of MPs and the "failure to equip troops on the front line" is also flawed. Reducing the emoluments of our parliamentary representatives would not in any way resolve the defence equipment issue. And any money thus released, even if it found its way into the defence budget, would be a drop in the ocean.

However, in many respects, the Daily Telegraph linkage is not only deeply flawed, it is fundamentally dishonest. Saying that isn't going to get me anywhere either – once the yellow press is in full flow, the baying crowd takes over and nothing will shift the narrative.

Having spent a lifetime in pursuit of lost causes, though, I might as well persevere, and thus have the dubious pleasure of watching my hit-rate drain into the sand, confirming the obvious – that the reason yellow journalism is so prevalent is because it is popular. People like being shocked and mortified and, especially, to have their prejudices reinforced. Truth is always the first casualty.

Rehearsing the issues, firstly, the MPs expenses issue was and is a crock. As we wearily pointed out, the expenses system was part of the overall pay package, calculated in exactly the same way many commercial packages are devised, total remuneration being a combination of "pay and perks".

That it was dishonest and hypocritical is not disputed, but the system goes back to the 70s and was well know to the journalistic fraternity. Its existence stems as much from the political cowardice of successive governments, which have avoided confronting the highly-charged subject of MPs' pay, and our own hypocrisy, at one demanding untold virtue from our representatives, yet refusing to consider what levels of reward were appropriate.

As to the "failure to equip our troops on the front line", time and again we have pointed out, with innumerable examples, that this is not a question of finance. The big problem, put at its most inelegant, is that the MoD is pissing money against the wall, buying the wrong equipment, at inordinate cost, with huge wastage and inefficiency, compounded by gross incompetence.

On this, we drew an unfortunate but appropriate parallel, pointing out that the total annual cost of MPs' emoluments was approximately £100 million – almost exactly the same amount that the Army had spent on the dangerously useless Pinzgauer Vectors, the unsuitability of which was obvious before even the order had been placed.

Yet that same purchase had been applauded by the cross-party group of MPs on the Defence Committee – a group which has routinely failed adequately to question defence expenditure and bring it in check. One intervention, to block this insane purchase, could have saved the entire amount expended on MPs in a whole year – and there are many more examples of where MPs could and should be saving us a fortune by holding the executive to account.

In other words, the real issue is not what MPs are paid, but what they do for their money. In many respects, it is their failure to do the job for which they are paid which has led to the general dissatisfaction with them. But, in focusing on pay rather than performance, the wrong issue has been tackled and the outcome has left parliament weakened, less able to do the job for which it supposedly exists.

Here, therefore, the media have no cause for self-congratulation. The yellow press has consistently failed to address the equipment issue in an intelligent and adult fashion, running its own narrative which bears no relation to the situation on the ground. And here we go again, with the media going for the cheap shots, missing the point again.

Meanwhile, young ladies on minimum wages are daily performing unspeakable tasks in our name, and toerags are being sent on taxpayer-funded jollies. Oh! And did I say that this young lady was a Ukranian immigrant, a qualified nurse in her own country, whose qualifications are not recognised here? Where do you start on trying to make things better?