An amalgam of ignorant drivel 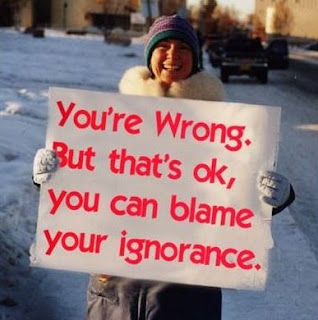 You would have thought that the first thing a commissioning editor might do before accepting a piece written by a contributor is check that the writer knows what he is talking about.

Such utopian ideals, however, do not apply to The Daily Telegraph. In continuing its series on the European Union, it invites Jack Thurston, co-founder of a website on Common Agricultural Policy subsidies, to argue the case for CAP reform.

The man has no idea of the history of the CAP, no knowledge of the political motivations of its founders or of its role as a tool for European integration. He thus makes the classic mistake of taking it as an agricultural policy, and basing his arguments on that false premise, making a case for "reshaping the budget". And with that, he concludes with these immortal lines:

Reshaping the budget along these lines will reaffirm Britain's commitment to a European Union that is, first and foremost, a free trade area offering choice for British shoppers and opportunities for British businesses, but is also a permanent strategic alliance that enables a group of small and medium-sized countries to meet the global challenges that are too big to be faced alone.

Of course, the European Union is not, never has been and never will be a free trade area. It is a customs union. Anyone who does not know that, or appreciate the difference, is not even past first base. They have no authority because they simply do not know that they are talking about.

Yet, that is the myth that drives much of British policy and attitudes to the EU, particularly amongst the faux eurosceptics in the Conservative party. They are committed to something that does not exist, something that has never existed except in their own imaginations, yet which sustains their beliefs that the underlying purpose of the EU is benign.

And here we have The Daily Telegraph hosting a "debate" on the EU, purporting to inform its readers – yet all it is doing is perpetuating the same old tired myths with the usual amalgam of ignorant drivel which passes for informed comment.

It is no wonder that, when "Europe" is brought up, people switch off. Swathed in ignorance, the commentators have nothing to say other than repeat the same old garbage, never getting to the heart of the matter. They bore us into submission, avoiding the real story, which would have the population in the street, demanding that we quit the evil empire.