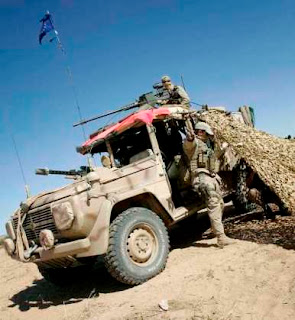 The EU, via Swedish foreign minister Carl Bildt, whose country holds the rotating presidency, has been very quick to condemn Friday's disastrous air strike, reported to have killed over 50 people, after a US F-15E was called in by German forces near the northern city of Kunduz to destroy two fuel tankers hijacked by the Taleban.

Estimates vary, but up to two dozen may have been civilians unrelated to the insurgents, who had gathered around the tankers, helping to move them after they had become stuck on a small island in the middle of the Kunduz River. Others may have been there simply to help themselves to free fuel.

The alacrity with which the EU has acted may have something to do with allegations in the Washington Post that the German tactical team did not follow Nato/ISAF procedures before authorising the strike.

It is the German involvement, however, that may be particularly sensitive as this contingent – perhaps more than any other – is most closely associated with the EU. Its Army vehicles often sport the EU's "ring of stars" (picture), and Germany is fronting the EU Police Mission in Afghanistan.

With the close identification between the EU and German forces, there is a very real danger that the peace-loving EU is now seen as the killer of peace-loving Afghani citizens who had so innocently gathered at two in the morning to attend upon the stricken tankers.

Needless to say, the German forces have not covered themselves in glory, refusing to attend the scene until the following afternoon – after the dead bodies and other evidence had long been cleared from the site. And neither did they impress General McChrystal who, defying German suggestions that the area was too dangerous, drove to the bombing site to carry out his own investigation and hold a press conference.

Latterly, we are told that the British government has given up hope of any more Nato (i.e., EU) help in Afghanistan. Given their current performance, however, few will express any great disappointment, as – apart from a very few honourable exceptions – their "assistance" is proving more of a liability than an asset.