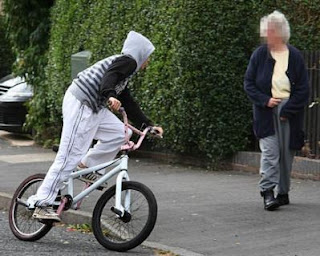 Which is more important? On the one hand, we have the devastating personal tragedy of Fiona Pilkington, driven to the unlawful killing of her daughter and her own suicide, acts of desperation in response to the lack of police and official support against a regime of bullying from local thugs.

On the other, we have Afghanistan. By common accord, the war is at a "decisive" state, with a very real risk of failure, made worse by strategic stasis in the White House. There, in what is being seen as a "remarkable parallel" with a turning point in the Vietnam War 44 years ago, Obama is to preside over a series of meetings that will determine whether the US will proceed with an escalation of the war or reduce the US military commitment there.

The question is, of course, absurd. Both issues are important – but of a different order. No more can you rank them in importance than you can rank the myriad of other issues that assail us daily – whether Iran is serious about building the Bomb, which way the Irish will vote on Friday, whether the apparent economic recovery is real or simply a precursor to a "double-dip" recession ... and so on.

Dealing with them - all of them - though, is the stuff of politics. That is what politics is all about. It is the art of giving due attention to the competing and conflicting demands on time and resources, affording enough to each without becoming obsessed or trapped by any one issue or event, however intrinsically important it might be.

And that is where the Conservative Party – and its membership – seems to have a problem. Dealing with the growing crisis in Afghanistan, we had yesterday the shadow defence secretary Liam Fox talking to the International Institute for Strategic Studies, apparently oblivious to developments the other side of the Atlantic, delivering a speech which failed in any way to acknowledge the depths of the political crisis which is taking shape in Washington.

But as instructive was the reaction of the website Tory Diary. If it can be taken as a weather-vane, representing a certain sector of Conservative thought, it is instructive that it chose to feature Fox's speech in advance of delivery, focusing only on his narrow – and largely misplaced – attack on the Labour government.

It did not revisit the speech after the event, to discuss the content and the wider issues raised. It did not thus address the manifest limitations of the shadow defence secretary, and his failure to explore the broader strategic and political implications of the events in Washington, in what is a fast-moving and worrying situation. Equally instructive is that fact that, from the Leader, on the whole issue of Afghanistan and recent developments, comment there is none. This is a matter which can be left to the minions.

Then compare and contrast David Cameron's response to the Pilkington affair. He is out in front this morning, with a storming indictment of Labour Party policy, and – to the obvious approval of Tory Dairy - tells us "everything will done be differently by a Conservative government".

This is not intended as criticism. It is an observation, one that reveals where the priorities of the Conservatives and some of their supporters lie, and possibly gives us a clue as to how a future Conservative government might perform. Great international issues are lower down the ranking of importance than the "social agenda" which the new "caring" Conservatives have made their central platform.

What is disturbing is that we expect more of a government than a narrow focus on a limited range of preferred issues. We do not expect it to "park" the rest of the agenda, or leave it to the minions to deal with. Government is more than delivering just enough to keep the faithful happy and – more particularly – making sure awkward issues do not intrude on the areas where the party has chosen to devote its attention.

In short, we expect a government to be able to deal with the multiplicity of issues which demand attention, giving to each the necessary thought and prominence, coming up with considered and appropriate responses in line with the seriousness that the situations demand. We do not expect a government to pick and chose issues it will deal with, and "park" the rest because they do not fit with its political agenda.

Looking at the disparate treatment of the Pilkington affair and Afghanistan, it is not possible to determine that, in "power", we will have a Conservative government which is capable of properly ordering its priorities. There is more to running a government than putting on a "caring" face.