Handing down the poison chalice 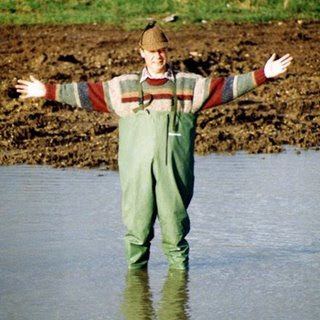 The decision to take on the Bercow is politically astute as, by convention, none of the main parties field candidates against the speaker. Although nominally Tory, Bercow is universally detested by his own side and, therefore, there is an outside chance that enough local Tories will break ranks and vote for the "cheeky chappie" to give him a run at becoming UKIP's first elected MP.

With Farage though, nothing is ever entirely what it seems. There are strong rumours that our Nigel has overstayed his welcome in Brussels and that the forces of darkness are not a million miles from feeling his collar, making his continued tenure as an MEP expensive and increasingly insecure. Reinventing himself as a Westminster MP – his lower salary fortified by his MEP pension - could head off the wolves and give him protection from impending disaster.

On the other hand, divesting himself of the leadership means very little. Farage still holds the leadership of the MEPs and thus the purse strings. As lead candidate for the general election, he will also be able to bask in more than his fair share of publicity.

Having assiduously driven out of the Party any potential rivals, he is left with little serious competition and will, most likely, be able to appoint a trusted placeholder to keep his seat warm. That will pave the way for his triumphal return at a later date, when his current batch of critics have dissipated their energies on his successor, and the membership is crying out for his hand back on the tiller.

Meanwhile, his temporary placeholder can hold the poison chalice, dealing with the divers unpleasantness which is about to hit the Party – not least some unfinished business with the electoral commission – leaving a squeaky clean Farage free to concentrate on his Westminster re-birth.

Should the "cheeky chappie" prevail against the loathsome Bercow, another of Farage's gambles will have paid off. Once more he will make Teflon seem like superglue as walks away from the wreckage of his own making, without a stain on his character. As a politician, it seems, Farage has what it takes to succeed, and he could just pull it off.