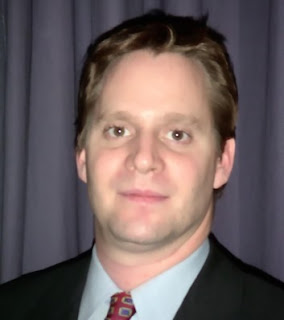 On the front-page of the world's favourite newspaper, we read the provocative headline: "Even the sceptics are falling in love with Brussels".

This is from an interview with José Manuel Barroso, today given a second term as EU commission president, thanks entirely to the Conservative MEP group who voted for him, thus giving him the necessary majority in the EU parliament. So pleased were they with their success that they stood and applauded when the result of the vote was announced.

But, before he had heard the glad tidings, the Tories' favourite commissioner was warbling to the Telegraph that: "Even British Euro-sceptics are now learning to appreciate the European Union as a bulwark against 'dark forces' that threaten open societies and markets."

Only faux eurosceptics would be stupid enough to fall for that line but it was good enough for Adrian Michaels (pictured), who was so pleased with his brilliant headline that he repeated it on his clog, chortling at the idea of "smoke pouring out of Eurosceptic computer monitors up and down the UK." Look at clever little me, is the message as he happily declares: "I'd be surprised if some of our online readers can type fast enough."

That is Michaels's idea of journalism, preening that, "It's all good debate fodder on day three of our Europe series." He is so "pleased", he tells us, "that people like Barroso are happy to engage with the sceptic crowd and fight their corner in interviews," then throwing in his own little bit of ego-massage by declaring: "Intelligent debate normally beats name calling."

Actually, that is debatable. Winston Churchill was a great one for name-calling, consistently referring to Hitler as "Corporal Hitler" – one of his more favoured jibes. But then the likes Michaels probably comes from the school of journalism that would have been lining up to interview Herr Hitler on 7 June 1944, to ask him for his "take" on the invasion of Europe. "Intelligent debate normally beats name calling," he would have written.

We could, of course, follow the great man and indulge in our own bit of name-calling, putting Michaels down as a "pompous twat". But we don't do that sort of thing on this blog – it upsets some of our readers. But then we don't need to. The picture tells its own story. It is is quite interesting how peoples' faces so often give them away.