On not playing nicely with other children 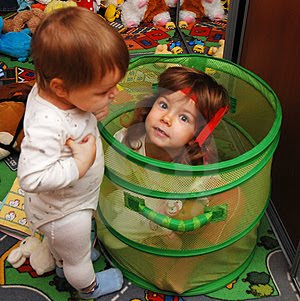 It is the perennial cry of all parents to their recalcitrant children: why can't you play nicely with other children. I, too, heard it in my childhood but not nearly as often as I do now. Either I was a nicer child than adult or, much more likely, my parents were far too sensible to keep saying something as patently silly as that. The disadvantage of having had intelligent parents is that nobody quite lives up to that in later life. Ah well!

All this is a preliminary to an elaboration of my posting about the Taxpayers' Alliance yesterday. As ever, it has caused a certain amount of harrumping, though not on the part of the TPA. They don't read this blog, knowing full well that only some children need to be played with nicely.

First of all, I should point out that it is unfair to blame the Boss for that posting. It was not his, though he did not disagree with the gist of it. His style of writing is very different from mine as anyone who reads the blog and not the forum knows.

Secondly, I am just a little tired (and so is the Boss) of being lectured about the need to work with all allies whatever their hue is and to stop breaking up the eurosceptic alliance.

With respect, we have been in this game long enough to know which children are worth playing with and which are going to change the rules as soon as they have been agreed.

Point number one: not every organization that calls itself eurosceptic is that, even though the BBC appears to believe that the Conservative Party, as led by the Boy-King, is frighteningly eurosceptic. It is not. And neither are its various front organizations such as Open Europe or the Taxpayers' Alliance.

Point number two is that it is very hard to define what eurosceptic means to various people and organizations. Therefore, it makes precious little sense to insist that all those who call themselves that are fighting for the same cause. How do I know what half these people are fighting for? They say they want to see a reformed EU or a different relationship between the UK and other members or a democratic EU.

In all fairness, I have to believe that they mean that bilge. I know that it is bilge because I have actually read the treaties and various agreements and they tell me that none of that is achievable. Therefore, fighting for it is not only a waste of time but a pernicious waste of time as it takes away attention from the fight we should be engaging in.

Following on from there, one has to admit that people who engage in this pernicious waste of time are making it very hard for real eurosceptics to start working on what really matters: how do we break up this nasty corrupt organization and what do we do afterwards.

By making this hard they are, in fact, playing into the hands of the enemy who are delighted to see eurosceptic money, time and effort going into fruitless discussions about possible reform or formation of different links. They can use that time to push through even more nasty legislation that cannot be reversed. Ergo, people who make that possible for our enemies are not really our allies or anywhere near being our friends. QED, as we used to say in my youth when geometry was still taught in schools.

Take the TPA's campaign to tell people how much money we are wasting on the EU, how corrupt its servants are and how expensive and harmful the CAP and CFP are. Very useful to bring it to people's attention, of course. The only problem is that the expense and corruption of the EU are the only things that have been well known and completely accepted by most people in this country, even by those who see nothing wrong with the project.

The problem lies in trying to explain other aspects of our membership of the EU and how we can change the situation though, one must admit, a surprising number of people outside the charmed political circle have grasped the basic point: it does not matter who we vote for as they do not decide on anything for this country.

So why do these people keep treading water? Part of it is a reluctance to find out what has gone on before they came on the scene and decided to own the subject. I have, I believe, mentioned this before in connection with various organizations.

There is, however, a more serious problem and it is why these children are not really that much fun to play with. Their idea of what the game should be about is different from ours. By keeping the discussion on the expense – a necessary but not sole part of it – they prevent any movement forward, which, if it happened, would show up their own and the Conservative Party's credentials as eurosceptics.

By focusing on the expense they can imply that there is a possibility of change and reform (or even hope and change) if only people vote Conservative. This did not quite work in the European elections but might in the General. Then, of course, we shall find that nothing much has changed and the Conservatives are no more able to solve the problems than Labour. But it will be too late: we shall have lost more precious time, fossicking with unimportant issues that are being foisted on the political discourse by those faux eurosceptics we are told to ally ourselves with.

So you see, I do not want to play nicely with those other children because they are not playing the game we agreed to play. They are very nice children and we shall all get on very well when we sit down to have our jelly and ice cream but we shall never play the same game or agree on the rules.