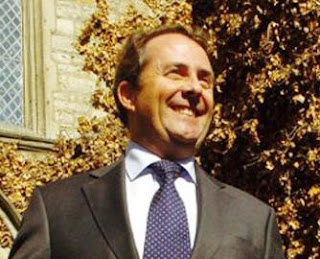 A major public speech by a shadow defence secretary of an opposition party which will in all probability win the next general election should, by any normal measure, be an important event. It is in that light that we approach yesterday's keynote speech from Liam Fox to the UK Defence Conference 2009.

We have summarised the speech on Defence of the Realm, with no detailed comments of our own, to avoid an intrusive "footprint" which might distort the message Dr Fox wishes to convey. This, presumably, is the platform the Conservative Party will present at the general election.

The main thrust of this "platform" – which will come as no surprise – is that a new administration will conduct a strategic defence review. Its purpose will be to define what Britain's strategic interests are and where they exist at home and abroad.

Unless you have clear foreign policy objectives you cannot have a proper defence strategy, says Fox. This will allow the strategic environment and the threats posed to our interests to be assessed within reasonably predictable limits. It will then determine the capabilities we need to protect those interests.

There is much sense in this approach. Defence capabilities – barring the insurance policy of home defence – should very much be the servant of our foreign policy, they being simply one instrument in a broader portfolio,

However, there is a significant omission here from Fox's speech. There is no mention of the European Union. Yet to a great and increasing extent, our foreign policy is determined either by or in consultation with the EU, yet we also have our own independent line, in relation to the United States.

Therein lies a major problem, in that this current government has been struggling (and failing) to resolve the conflict between incompatible and often conflicting foreign policy objectives. That Fox does not even acknowledge that conflict augers ill for any attempt by a Conservative administration to resolve it.

Further, there is no recognition that the UK no longer has (nor has had for some time) the capability for wholly autonomous military action. Any future action will either be in the context of a multi-national alliance, or with the material support of our allies.

Here, the conflict between the US and the EU presents the really difficult problems. In terms of physical and doctrinal interoperability, we can work with one set or the other – but it is very difficult to equip and structure our Armed Forces to work effectively with both.

Furthermore, each set has its own capabilities, the US bringing far more to the table than the EU. In that, effectively, we cannot provide a full suite of capabilities, our procurement programme and indeed our structures must be determined by our choice of ally. Trying to satisfy both leads to confusion, duplication and lack of cohesion.

We see, therefore, from Fox, a certain amount of evasion. He has identified a core issue, but he has not addressed it. Whether he will ever do so is a matter of conjecture.