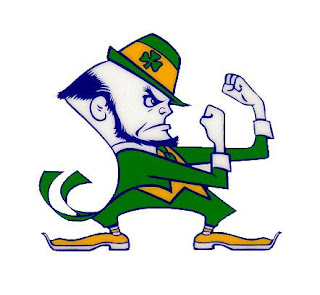 It is difficult to know what precisely has changed since last July when it was learned that a group of senators in the Czech Upper House were planning to refer the constitutional Lisbon treaty back to the country's constitutional court – a process which could delay ratification for between three and six months.

However, The Times is getting rather excited about this, having picked up some gossip from last week's informal European Council meeting in Brussels, held to prepare for the G20 meeting in Pittsburgh on 24-25 September.

The issue was, apparently, brought up at that meeting when "EU leaders" were said to be "furious" at the delay, which means that the treaty could still be unratified by the time the UK goes to the polls, even if the Irish roll over and vote "yes" in their referendum.

With Mr Cameron somewhat on the rack over the treaty, one can only suppose that he is hoping for a "no" vote out of the Irish, which will enable him to park the issue, claiming the treaty is dead in the water, making a UK referendum irrelevant.

But if the Irish fail to do the decent thing, and the Czechs manage to hold out, this puts Cameron in something of a quandary. With the treaty not ratified, he will be obliged to honour his promise and hold a referendum. He will then be in the awkward position of supporting the "no" campaign, in the middle of trying to establish his own administration.

If this prospect might be unattractive to Cameron, we are told that it horrifies most EU leaders, not least the poison dwarf, Nicolas Sarkozy, who has warned Prague that it faces "consequences" if it does not swiftly follow an Irish "yes" (they hope) with its own ratification.

The outburst apparently followed a private warning from Jan Fischer, the Czech caretaker prime minister, that he had little control over president Václav Klaus, and could not force him to sign the ratification document.

Nevertheless, Sarkozy was not a happy bunny, declaring darkly that "... if the Irish say 'yes', there is no question that we will accept to stay in a no-man's land with a Europe that does not have the institutions to cope with the crisis." Asked about what could be done to persuade Klaus to sign, he added: "It will be necessary to draw the consequences — but those will be the subject of another meeting."

What precisely Sarkozy could then do, he was perhaps wise not to specify, as one rather gets the impression that Klaus is rather enjoying tweaking the tail of the "colleagues", and is trying to hold on until after the British election. Cameron is unlikely to gain quite the same degree of enjoyment.

Over the next few weeks though, little do the Irish realise quite how much power they have – although it makes their referendum choice that much more difficult. Do they stuff the "colleagues" with a "no" vote, or stuff the next English prime minister by voting "yes"? Either way, of course, there will be consequences.