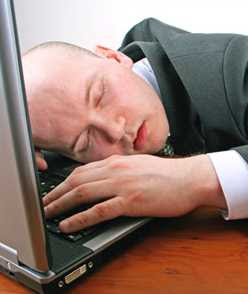 Courtesy of the indispensable Open Europe, we are led to Adrian Hamilton (who he?) in The Independent, telling us that: "At last, Europe has become interesting."

The odd thing is that, after tracking the EU for more years than I can remember, I cannot recall ever having been less interested in "Europe". The whole subject is a crashing bore. We just wish it would go away and die.

Furthermore, despite Hamilton's gushing enthusiasm, he finds that indifference to the "project" is near-universal. "The one thing this June's European elections will not be about," he writes, "is Europe."

Actually, it is supposed to be about the election of MEPs to the European Union's parliament, so it isn't supposed to be about "Europe", but there is a species of animal in this world that does not seem to have enough brain cells to tell the difference. Hamilton, it seems, is a fully paid-up member of that species.

This notwithstanding, he goes on to use the "EU-word", saying that it will barely get a mention. Even the LibDems in areas such as the South-west where they fear to lose seats to the Tories will tread gingerly on the subject, Hamilton says.

That, in fact, is always the case. I think it was the last election when the Lib-Dim manifesto did not even mention the EU and concentrated entirely on domestic issues. Yet, two-faced as always, back in "Europe", the Lib-Dim infatuation with the "project" continues unabated.

Only yesterday there was a rally to launch the European Liberal Democrat and Reform Party's campaign for the EU elections. There, former Belgian Prime Minister Guy Verhofstadt attacked EU leaders for failing to agree on a common recovery plan to tackle the global crisis and called on fellow liberals to seek to "move Europe forward". He wants his fellow Libs to campaign for "more Europe".

You can bet your sweet life that the sad crew over here will not be repeating that call. As Hamilton indicates, the strongest voice on the subject will once again come from the "anti-Europeans". What most likely, the vote will really be about is whether people want to use the opportunity to express anger at the government or whether they're too turned off politics to bother to vote at all.

Certainly, the euroweenies are worried that the turnout will drop to an all-time low, despite their desperate and expensive measures to get people enthused.

With less than seven weeks to go before polling day, however, you would not know there was an election in the offing. There is certainly nothing, at the moment, which promises to bring the campaign to life, which probably means the most seats will go to the party which is best able to rig the postal vote.

However, apart from the winning MEPs, who go to the head of the gravy train, the elections will keep some academics happy. It's an ill wind, and all that.