Will we notice the difference? 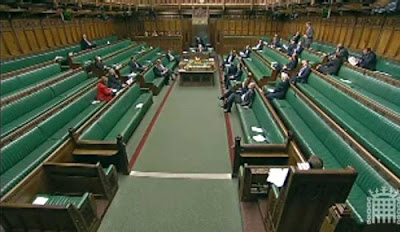 MPs have awarded themselves a 12-week summer holiday, we are told by The Daily Telegraph today, amid "increasing concern that the Government is not introducing enough legislation to keep them occupied."

That itself has to be regarded as a bizarre statement, as if making legislation was somehow a work creation scheme for MPs. But it also misses the point. It is not as if our governments (the one here and the one in Brussels) are not producing legislation any more. Simply, most law is now brought into effect via Statutory Instruments – of which there is no shortage - which do not require any direct input from most MPs.

Nevertheless, Matthew Elliott, chief executive of the Taxpayers' Alliance, falls into the trap, offering us the wisdom for which he has become famous by opining that: "Politicians should be spending more time in the House of Commons scrutinising legislation."

However, David Winnick, a long-standing Labour backbench MP, has got a better handle on the situation, declaring: "The summer recess is far too long. We are not doing our main job - being in the Commons, asking questions, debating and holding the Government to account - for virtually three months and that's unfortunate."

It is the "asking questions, debating and holding the Government to account" that are also vital functions of MPs, but therein also lies a problem. Even when the House is in session, you would barely notice – as can be seen from yesterday's defence procurement debate.

Less the ministers and their shadow counterparts – who have to be there – there are 19 MPs in the chamber. And, for the quality of the contributions some of them made, most would have been more usefully employed busking on Victoria Station.

Barring all but a few, therefore, we might as well allow MPs a full 52 week holiday – as long as it is unpaid, of course.