A strategy in the wings 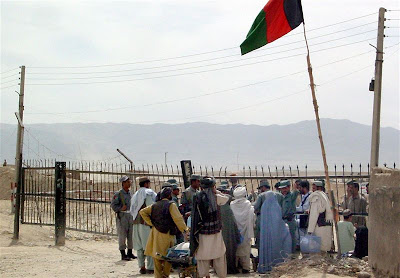 Afghanistan is not Iraq – and Gordon Brown is not Tony Blair. There was undoubtedly a concerted attempt to keep the Iraqi insurgency out of the news in the run-up to the elections, first in 2004 and then again in 2005 – a classic example of news management – but, despite our charges to the contrary, that does not appear to be the case with Afghanistan.

At a time when the whole issue of the Afghani conflict - and the spill-over into Pakistan – is especially sensitive (or would be if the kiddies korner media could lift its horizons above the prattle), the prime minister is today to make a statement on what is termed the AF/PAK strategy.

In times of financial stringency, when public expenditure cuts are inevitable, it becomes even more important to determine whether our money is being well spent. With the massive escalation of costs in the military adventure – for what appears to be very little result – we need to know why annual spending has gone up from £1.5bn to £2.6bn in the space of one year.

We will follow the statement after PMQs and then post a detailed analysis as soon as we can, but this leaves questions hanging as to the conduct of the public information campaign so far. If we are getting open disclosure and discussion at the top level, but nothing coming up from the bottom, that seems to point to a blockage somewhere in between.

Here, the finger points to the MoD, where its anally retentive news management policy seems to be soaring to new heights (if that is the correct expression).

One can nevertheless understand the MoD's reticence to open the books. Used to demanding – and getting – a blank cheque to fund its unique brand of incompetence, fuelled by a breathtaking arrogance that has to be experienced to be believed, it must come as a rude shock that anyone has had the temerity to produce so bold a thing as a strategy – much less publish it so that the great unwashed can read it. We await the statement with interest.

(The pic shows an Afghan-Pakistan border post ... rather appropriate, we thought.)