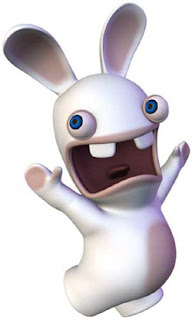 I can't do it better than Bruno and it would be a shame to edit his prose. Go and read the whole thing for yourself.

Just as a taster, though, Bruno is reacting to the latest attempt by the "colleagues" to popularise the EU parliament elections. "It is a circle jerk," he writes:

This is the kind of mindless activity that really can make you blind. People, young or old, should not vote in the European elections unless they think they are being offered a manifesto that directly addresses politics - for the EU, to reform it or against it.

It is better not to vote than to perpetuate a ghastly sham. If low turnout reflects a lack of political engagement with the EU project then so be it. It is certainly better to do nothing than to indulge the creepy, vampire-like proclivities of the political living dead in their restless search for youthful affirmation via stunts like this.

There is, of course, another alternative. The vote is holding firm at above 20 percent and Labour is getting seriously twitchy. While Labour is at least talking about the "threat", the Tories seem to be in denial, twittering about everything and anything except what really matters.

The trouble with the political classes is that they have become so introspective that they are incapable of breaking out of the bubble of their own making. They thus believe that their heavily filtered perspective represents the reality, whereas all they are doing is projecting their belief system, which enables them to convince themselves that they are "in touch" with the real world.

Bruno could, therefore, do a number on UK politics as well as the European scene. The difference, he would find, is that in the UK the politics is run by the cretins.