While the blogs do play … 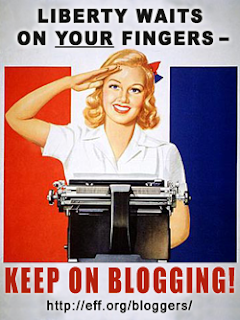 On a slow Easter bank holiday, the McBride story comes as a gift to both the MSM and the political blogosphere, with much ill-informed comment and some sensible points made.

We do not intend to dwell on this other than to make a few quick points about the structural relationship between the blogosphere, the MSM and the political classes, the former in their own ways laying claim to being the "watchdogs" of the latter.

Looking at this in the round, when it comes to venality in our ruling classes, there are perhaps three categories of default about which we need to be concerned.

The first is the most obvious, where one or other of the men or women at the top of their particular greasy pole is seen visibly "dropping balls", the latest and most spectacular example being Bob Quick. There, the punishment is immediate – and not uncommonly over the top.

The second category is the breach of moral rules, such as the expenses scandal, many of the sexual affairs and, as we have seen with the McBride affair, the low grade political activities which transcend the bounds of acceptable behaviour (even if practised by all sides).

There again, depending on the mood of the moment and the amount of attention given to the issue, the punishment can be extreme and again can sometimes be over the top, always driven by media (and now blogger) momentum rather than any cool judgement.

The third category is not so obvious – but is perhaps the most damaging of all. This is the quiet mediocrity or part-share involvement in long slow-burn incompetence that we see so often amongst MPs, ministers and officials. It is one or the other that so often costs us a fortune, that kills people and creates injustice, inefficiency and despair.

It is this category also which is most neglected by the MSM and which thus presents the best opportunity for the blogosphere to operate to effect, carving out virgin territory and bringing hidden issues to light.

However, with very few exceptions, this has not happened. Instead, the political blogosphere is operating in exactly the same territory as the MSM, fighting over the same bones and occasionally running away with the spoils of victory.

But that leaves this huge and damaging area of government activity still largely unchecked. Thus, a largely iconoclastic dynamic has been reinforced. There is still little light shed on the incompetent and mediocre, and therefore very little punishment for either.

Thus, blogs are to an extent exacerbating an already dangerous trend. Many great achievements in politics and history have been driven by larger-than-life characters like Charlie Wilson. In today's purulent, febrile atmosphere, they would struggle to survive. Who now, with any colour in their background, would stand for elected office?

In almost Darwinian terms, we are reinforcing a scrutiny system where incompetents and the mediocre become the survivors. The selection process ensures that only they remain in office, unpunished and prosperous, having learnt that the great art in life is to do as little as possible and keep your nose clean.

The blogosphere is not therefore really changing things. It is largely copying the MSM, albeit sometimes in a more refreshing and immediate way. This is not a revolution, simply more of the same in a different format with a wider cast of players.