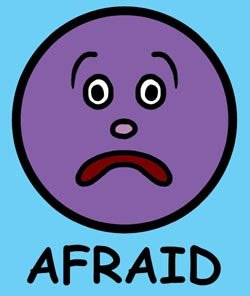 The so-called "reforms" of MPs' expenses are wrong on so many grounds that it is difficult to know where to start.

In the first instance, this should not be a matter for the government – aka the executive. Parliament, notionally, is sovereign in its own House. It is for Parliament to put its affairs in order and to abrogate that responsibility to the executive is nothing more than a recognition of its own weakness. And, if it cannot deal with such a matter, by what right does it claim to arbitrate on our affairs?

Secondly, the idea of a single daily fee is as vacuous as it is dangerous. This is precisely the system adopted for the EU parliament – one which is wide open to abuse and has got MEPs into trouble. As importantly, it invites consistent sniping when it is lumped in with salary payments and taken as an indication of how much MPs earn.

Expenses are expenses – if we want people to do a job then it is only fair we cover them. This system makes them look like they are part of the salary.

Thirdly, this is a statist, centralist option – the classic, bureaucratic "one-size-fits all" system that will create its own absurdities, its own injustices and its own equalities. Trying to impose a single, fixed payment on a calling as diverse as an MP, when constituencies and their requirements are unique, is fundamentally flawed.

Fourth and finally, it perpetuates the dislocation between MPs and their constituents. Being paid a fixed sum from central funds isolates the MPs from any accountability to the constituency and deprives any individual voter of any say in the matter.

If the MPs accept this deal – and the likelihood is that they will – they will be signing the final death warrant of a failing institution. They will be seen even more for what they are – paid lackeys of the state, dipping their hands in the till for their daily fees, producing nothing of any value and despised by all.

Now was the time for imagination and boldness. Its lack, and the craven willingness to take the easy option and allow a solution to be imposed upon them, tells its own story of our MPs. Those who are too afraid even to devise a credible system for their own expenses have no standing when it comes to telling us how we should run our lives.