Out of the mouths of MSPs 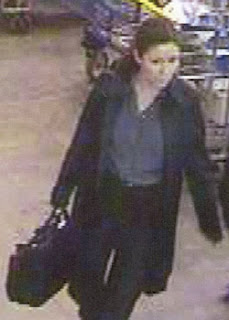 One of the bizarre aspects of devolution is that issues which would previously be regarded as "national" are now treated as regional matters if they occur in either Wales or Scotland.

So it is that the political repercussions of the murder of Moira Jones are being reported by the media as a Scottish issue. The Times, for instance, only offers details in its Scottish edition, while The Daily Telegraph reports it as a Scottish problem.

However, the report concerns a "pledge" by the Home Office to crack down on criminals exploiting the EU's free movement rules, in the wake of the jailing of a Slovakian serial offender for the murder of Moira Jones – a 40-year-old businesswoman, in Queen's Park in Glasgow. Harcar has 13 previous convictions, four of which involved violence, for offences he committed in the Czech Republic and Slovakia.

While this is an issue which affects the whole of the UK, it has not been discussed in Westminster, but by Scottish parliament Conservative justice spokesman, Bill Aitken.

Aitken also cited the recent case of the Lithuanian Vitas Plytnykas - one of the two men who killed Jolanta Bledaite before chopping off her head and hands and dumping them in the sea - as evidence that tighter controls were needed. Plytnykas, 41, had been convicted of manslaughter in Germany in 2001 after stabbing a man and throwing him into a river. The Lithuanian was sentenced to seven years and six months in prison, but after his release he travelled to Scotland.

What is doubly remarkable about all thus is that Aitken has declared: "It is clear that the UK needs a joined-up strategy to deal with what is often a hidden problem, emerging after something terrible has happened." But the MSP for Glasgow then adds: "Whilst we must take care about allowing entry to non-EU citizens with custodial sentences abroad for violent or sexual crimes, nobody arriving from an EU country can be refused entry into the UK."

Thus, we get ourselves into the absurd position where the only outcome of two grisly murders by known criminals who have had free access to our shores is an anodyne statement from the UK Border Agency, which tells us that "We are working with our European colleagues to make sure that criminals cannot exploit free movement. We aim to share information on convictions with other countries and to make sure that their convictions can be taken into account in our courts."

So, we cannot stop criminals coming in, and we must go cap in hand to our "European colleagues" in order to get information on them, so that they get stiffer sentences (or not) when they commit crimes here.

Yet, although this is the natural and inevitable result of the EU treaty provisions requiring "freedom of movement", one that now forces the UK into further integration under the guise of "co-operation", it is only a Scottish issue?

One has to concede though, that Westminster MPs have far more important things to deal with. The murder of British citizens by criminals from EU member states is of secondary importance.