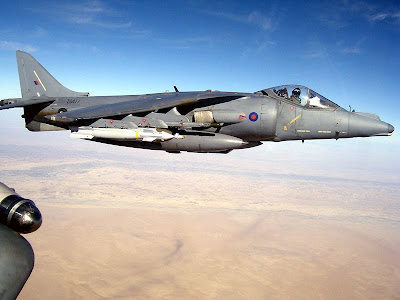 On Monday, we had a defence procurement debate in the House of Commons – an annual ritual which effectively discharges MPs' responsibility to scrutinise the MoD's multi-billion equipment budget.

Although there were a couple of good speeches – and many which were excruciatingly bad – what struck many observers and some of the participants was the emptiness of it all. The debate dealt only with generalities - there was no focus and the result was pre-ordained. With no division and thus no vote, the only lasting effect was to fill a few more pages in Hansard.

To underline the essential vacuity of the process as a mechanism for controlling and directing government defence expenditure, the day after the debate the government announced the purchase of 110 Jackal 2s and more than 70 Coyote Tactical Support Vehicles at a cost of £74 million. MPs were not asked their opinion and their approval was not sought for this highly controversial contract.

In a much bigger league altogether, yesterday the MoD announced a new contract worth £574 million to supply the repair and maintenance work for RAF and Royal Navy Harriers during the remainder of their service lives.

This month we have also seen the £7 million contract for beach buggies to be sent to Afghanistan, a £90 million spend on a fleet of Wolfhounds, £120 million on Huskies, £155 million committed to a contract to "ensure the sustainability of future submarine support within the Royal Navy", and a mere £3 million for a state-of-the-art temperature controlled medical storage facility.

With other kit, the cost of which is not specified, that brings this month's spending on defence procurement to well over £1 billion. But the really significant issue here is that, given the time lapse between ordering and delivery (whether goods or services), it is going to be the next government which actually pays the bills.

Thus, while in the next parliament, we can assume that Mr Cameron will be struggling to cut public expenditure, in this parliament – with over a week to go before the end of the month – a Labour government has committed him to £1 billion in defence spending, in April alone.

Arguably, this money would have to be spent, no matter what government was in power. But that is arguable. A case could be made, for instance, for scrapping the Harrier fleet and saving just over half-a-billion in costs just on the maintenance contract, to say nothing of the general running costs.

That is not to say that the Harrier should be scrapped, simply that a case could be made and argued through, with a decision made to spend that huge amount of money in the light of the facts and with the issues fully rehearsed.

Now just imagine that we had a system where, instead of the MoD blithely announcing multi-million pound contracts, it could only make proposals which then had to be debated in parliament and approved. Imagine also that the MPs were allowed free votes, so that each could make their points and then cast their votes according to how the case was argued. Imagine how that would transform parliament.

With that idea firmly lodged in place, now extend it to the whole gamut of public expenditure. If the government wants to build a new hospital – fine. It would be debated but, only if approved by parliament, would the government get the approval to spend the money. Applied to all capital projects over a certain value (say £5 million), the spending programme could be transformed.

Needless to say, the debates need not all be lengthy – some entirely uncontroversial decisions could be made "on the nod" and most could be delegated to committees, with only the really big money discussed on the floor of the House.

The principle could, of course, have more interesting applications. Each year, we pay a huge amount to the EU as our membership fee. How entertaining it would be if the government had to justify each annual payment and get the specific approval of parliament – with the opportunity for MPs to say "no".

Looking at parliament as a whole, not only would this reinvigorate the democratic process, it would also afford MPs a very clear justification for their salaries and expenses. After all, if the House had intervened to veto a major spending commitment and thereby saved us all a very great deal of money, who would begrudge them their pay?

Inevitably, though, there is a downside. Pork barrel politics would grip parliament in much the same way it afflicts the US Congress. But then, we would have to have faith in the democratic process to restrain that. There is nothing like the bright light of public debate to expose the more murky corners of governance. Let there be debate, where there is currently none.