The stench of corruption 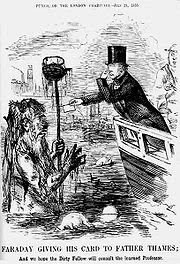 Whatever we have seen over the last week, it has not been politics. Instead, we have seen the spill-over of low-grade court gossip that preoccupies the prattling claque of courtiers, traded over the coffee tables of Portcullis House and the restaurants of Westminster to a ready and willing audience.

Such is the nature of court gossip that its purveyors are as low-grade and tacky as those who are currently the focus of the claque. Those of us with longer memories will recall the flood of highly descriptive tales of Gordon Brown's homosexuality, the graphic accounts of orgies in No 11, the "rent boys" in London hotels and his "sham" marriage to Sarah – merely a ploy to conceal from the public the dark side of the man who was to become our prime minister ... all delivered by bright little Tory Boys who vouched for the absolute truth of these lurid tales.

For politics, therefore, you will have to skate past the newspaper pages which bear the names of paid members of the court gossip-mongers and go to the Booker column.

There, you will find an account of how, last week, demonstrating French fishermen were also protesting at the shocking treatment of the two Northern Irish fishermen, Charlie McBride and his son Charles. These were the fishermen imprisoned a few weeks back for their pathetic efforts to pay off the crippling £385,000 fines imposed on them for falsifying their documentation in a bid to get round EU quotas.

This, of course, is the stuff of politics – the end result of the Common Fisheries Policy … note the word "policy", from which the word politics derives.

But while the French fishermen have an acute sense and understanding of the political issues that dominate their lives, you will not find a word of protest from the Westminster claque about the shameful treatment of the McBrides. You will get plenty of faux outrage about Damien Green but, in the Westminster village, they don't do politics any more – they just do soap opera.

It is a wonder therefore, that we even got to see a tiny voice of sanity in the letters column from Nigel Bowker of Banchory, Aberdeenshire. He declares that politicians "are deeply unpopular and it isn't just because of their unashamed looting of the public purse or the defamatory emails emanating from Number 10."

The last 12 years, he writes, have seen at least three political disasters: foreign policy, which we were promised would be ethical; economic policy, unless this is what an end to boom and bust looks like; and a lack of Opposition – the Conservatives have acted as loyal stooges to the Government in both of the other calamities.

And yet, by a peculiarity of our constitutional system, both of these failed parties know that one of them will form the next government because the barriers to competition are so high. No wonder so many people are disillusioned with our political system.

But if anyone is rash enough to expect change, they are wasting their time looking to the fourth estate for any guidance. There we have Iain Martin pontificating that Cameron's "first essential" in office will be to engineer a "quiet revolution in how Britain is governed".

We then see a trite list of marginal, cosmetic changes which will do nothing to address the deep-seated spiritual corruption of the political claque, reflecting the same fog of incomprehension that afflicts The Independent, with its equally lame proposals.

But then - in contrast with Americans, who at a remarkable level seem to have a very clear idea about the realities of power and how their government works - you will have to go a long way to find any similar level of understanding within the ranks of the political claque.

Just try to mention over the coffee tables of Portcullis House the tyranny of the Statutory Instrument. Try if you will to discuss how it has changed the face of government and irrevocably altered the relationship between Parliament and the executive and you will get the rolling of eyes and the subject rapidly changed.

But this is a culture that lionises the prattlers and revels in low-grade court gossip. It is a political culture in the final stages of infantalisation where serious analysis and attempts to understand the nature of power – and how it has been corrupted – have been consigned to the margins (and the ghetto of the Booker column).

This is a political culture in terminal decay, crowned by a miasma of prattle redolent of the haze of flies that surmounts a piece of rotting meat. Inevitably, though, those who exude the stench of spiritual corruption are themselves the last to be able smell it. But stench there is, and it is going to take more than a change of government to clear the air.