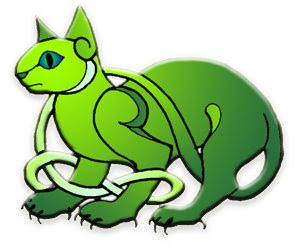 Anthony Coughlin of The National Platform that has been fighting the good fight in Ireland since long before Libertas was even a gleam in Declan Ganley's eye has sent me an article about Ireland that appeared in the New York Times. None of them seem all that impressed by the Celtic Tiger and its ability to go on thriving in the new economic situation.

Paul Krugman, who has won the Nobel Prize for Economics (which is not really a Nobel Prize exactly but let that pass) and, therefore, is to be taken with a large dose of salt, thinks that Ireland has got into the mess it is in by opening itself to the great free market and the government is now making matters worse by "is being forced to raise taxes and slash government spending in the face of an economic slump — policies that will further deepen the slump".

He is worried that America might go the same way.

A somewhat different point of view comes from the Mises Institute. Under the delightful title of "The Celtic Kitten", John Engle explains that Ireland's problems stem largely from excessive government intervention. Mind you, I don't know where he gets the idea that it is something new. So far as I can make out the Irish government has always had controlling interest in "public transport, electricity generation and transmission, and broadcasting media (radio and television)".

What of the EU subsidies that under-wrote a good deal of that much admired economic growth? What part did that play?