Another nail in the coffin 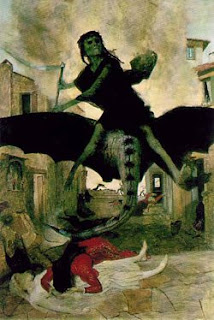 You would not have thought it possible that a highly advanced nation could so comprehensively loose the plot as to declare a life-giving atmospheric gas a pollutant.

It was always on the cards, of course. We flagged up the possibility last year but now it has become official. The EPA has declared that carbon dioxide and five other greenhouse gases are pollutants and thus "endanger public health and welfare."

This, as the EPA site explains, sets the stage for regulating the emission of these gasses under federal clean air laws, giving the EPA regulatory powers over a huge additional tranche of economic activity.

Specifically, the EPA can actually make regulations requiring power plants, cars and trucks – and much else - to curtail their release of carbon dioxide, with widespread economic and social impact.

This is regarded as a "game-changing" announcement and triggers a 60-day consultation period before the agency issues a final endangerment ruling. That would be followed by a proposal on how to regulate the emissions.

In reaching stage, the EPA has concluded that the science pointing to man-made pollution as a cause of global warming is "compelling and overwhelming," thus confirming the departure of anything that approaches science from the US regulatory scene.

This is truly another nail in the coffin for civilisation as we emerge from the age of enlightenment into a new dark age.