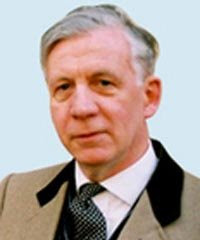 Gerald Warner is writing good sense on his blog. "The blogosphere 'revolution' is as phoney as our redundant parliamentary system," he says.

This weekend's Blog Revolution is just another of those synthetic metamorphoses that are employed, at necessary intervals, to anaesthetise the British public against political realities. Cyber gang warfare will not restore our liberties. The notion that installing a Tory government - or, rather, the Cameroon-occupied Conservative Party - will repair the damage to Britain is a cruel delusion. We are long past such impostures. The so-called Tories - the modernised, A-List, politically correct, yacht-boarding dilettantes - are utterly unequipped to govern.

Dave's proposal to cut by 60 the present total of 646 MPs is interesting, insofar as it shows he has heard the first rumblings of impending revolution; but it falls 586 short of the public will...

Dave will be elected, as part of the old pendulum game, next year, says Warner:

By 2014 he will conclusively have demonstrated the system is beyond reform. He will not hold a referendum on the Lisbon Treaty, seize major derogations from EU law, repeal politically correct statutes or restore our many forfeited liberties. That is when Britain will finally lose patience with the detritus on the slime-green benches. But do not disturb the "revolutionary" Tory bloggers with such radical notions: they are too busy calculating who will get the Board of Green Cloth in a Cameron administration.

We could not agree more.

Meanwhile, Devil's Kitchen has done a good piece of work. And the reason for not rising up and slaughtering them is?