The appliance of science? 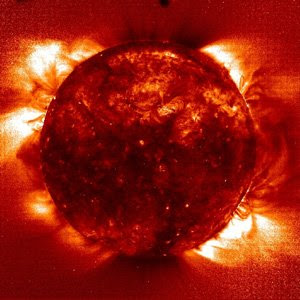 If there were any more evidence needed that we are plummeting into a new age of unreason, Reuters has managed to supply if for us.

Having conducted a bizarre poll, which flies in the face of observed evidence, it is reporting that global warming "is likely to overshoot a 2 degrees Celsius rise", a level "seen by the European Union and many developing nations as a trigger for dangerous change.

This stunning piece of "evidence" comes from a "Reuters poll of scientists" where nine of 11 experts, who were among authors of the final summary by the 2007 IPCC report also said the evidence that mankind was to blame for climate change had grown stronger in the past two years.

The agency has thus – amongst other things – demonstrated that, if you ask eleven people who believe mankind is to blame for climate change, in the context of them seeing growing public scepticism, at least nine of them will tell you that the evidence to support their belief system has grown stronger. The other two said it was uchanged.

They will also tell you that summer ice in the Arctic is going to melt faster, that there will be a quicker rise in sea levels and, doubtless if it furthered the cause, that the moon was made of green cheese.

The Reuters exercise, incidentally, was carried out as officials from 175 nations were meeting in Bonn for 11 days of negotiations lasting until 8 April in an attempt to stitch up a deal for the Kyoto treaty replacement, due to be agreed in Copenhagen in December.

But, hilariously (not), the agency sent five questions to 35 IPCC authors and got 11 replies. Thus, its real tally is not nine out of 11 but nine out of 35. Nevertheless, this was good enough for a shock headline, repeated by newspapers and broadcast media throughout the world.

And upon this rock of fatuity founders the last vestiges of rationality in our society. Science we have no longer – just belief systems. But, as the sun continues to show an unusual quiescence, these people are on increasingly thin ice.