Now that you come to mention it 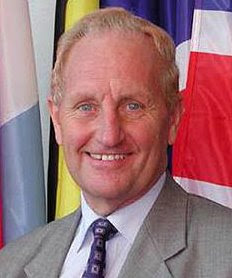 The EU parliament has heard a call for Den Dover, the disgraced MEP, to be treated in the same way as a social security fraudster over unjustified expense payments worth more than £500,000.

The call came from Chris Davies, the Lib-Dem MEP, who has accused Dover of using allowances meant to cover staff costs "to buy cars and for personal gain".

"If one of our constituents fraudulently claims welfare benefits they will be prosecuted and could go to prison. Sometimes things seem different here," said Davies. "Most people regard Dover as no better than a thief, a crook who should be in jail."

It may be a trick of the memory, but I recall writing something rather similar yesterday. Certainly, the silence of the Conservative group, to say nothing of David Cameron, does not reflect well on the Conservative party. At the very least, they should be calling for Mr Dover's affairs to be subject to a very rigorous police investigation.