Six years away from an energy crisis 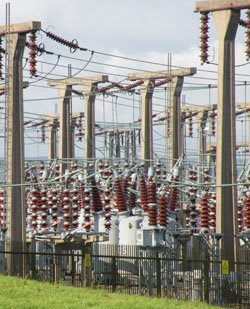 So says Dieter Helm. The interesting thing is, I don't think he's said anything we haven't written on this blog – many times.

Perhaps the only area of uncertainty is the timing. Helm relies on the coal plants which have not opted out from the EU's large combustion plant directive. He expects them to continue in production until 2015.

However, as plants approach the end of their economic lives, operators will be increasingly reluctant to commit funds to preventative maintenance and repairs. Thus, as we get closer to 2015, the chance of a catastrophic breakdown in a large power station increases.

The existing nukes are similarly affected. With the current estate in a poor condition, the possibility of cumulative failure cannot be ruled out, in which case the date of 2015 set by Helm should be regarded as the most optimistic scenario.

He does not expect any new nuclear power station to come on stream until 2020, which gives us – at the very least – a five-year gap before we reach a more stable supply situation.

Helm also notes the current dash for gas and, like us, has reservations as to whether a supply of gas can be maintained. And, if it is, there will be a very significant price penalty as more and more nations compete for available supplies.

Electorally, putting the crisis six years ahead would place it at the start of the second term of a Conservative administration – i.e., after the next but one general election, with increasing grid instability before that. That takes it out of the equation for the coming election, which means that both parties can continue to ignore it.

The reckoning, when it comes – and it really is "when" – is too far ahead for politicians to factor in to current electoral strategies. However, Helm argues that the only way to prevent major power shortages is to keep economic activity suppressed, preventing rather than encouraging a recovery.

That could give the next election campaign an interesting twist. We would need to vote for the party least likely to engineer a rapid economic recovery. Tough call, that one.