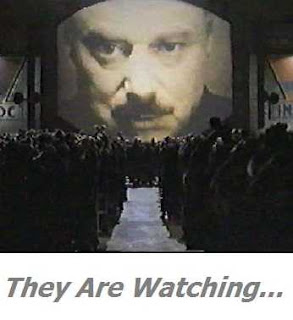 The EU, we are told, has started legal action against the UK for not applying EU data privacy rules that would restrict the Phorm Internet advertising tracker. This is a system that electronically tags web users who visit certain sites, those tags then being used to trigger adverts relevant to that user's interests.

The system does not actually store any personal data and nor is a record kept of sites visited, which is why in September last year the British government gave it a clean bill of health. Phorm's search terms, said the British government, had been widely drawn so they did not reveal a user's identity and the company had no information which would enable it to link a user ID and profile to a living individual.

However, the EU commission begs to differ and, since it is our supreme government, it is calling the shots, demanding that the system should be prohibited unless users give explicit consent to having their behaviour tracked and analysed.

In due course, this will probably go to the supreme court in Luxembourg and the puppet government in Whitehall will roll over and do as it is told, whatever the merits or otherwise of the case. The mandarins and ministers are no longer in charge.

There is, though, something of a whiff of hypocrisy in this. Only last week, the EU's Data Retention Directive came into force in the UK.

The Regulations require that "Public Communications Service Providers" are obliged to retain "communications data" including the date and time of the log-in or log-off of every internet user. They must also keep a record of the IP address allocated by the internet access service provider and the user ID of the subscriber or registered user of the internet access service. Any or all of this information must be made available to the authorities on request.

Thus, we have an interesting situation where a commercial firm which wants to make use of anonymous information is prohibited from doing so, while the authorities are allowed free access to key information that will enable identities to be established and user patterns monitored.

Nor even does this inconsistency stop there. The commission is also warning about radio frequency identification, or RFID, tags that can be used as an electronic label on clothing or food to pass on information such as expiry dates or prices to a store cashier or stock checker. "No European should carry a chip in one of their possessions without being informed precisely what they are used for, with the choice to remove or switch it off at any time," says information commissioner Viviane Reding.

But where does that put local authorities who secretly tag dustbins to monitor household waste generation? Are we back with one rule for us, and one rule for them? Shurly shum mishtake?