The politics of stoopid 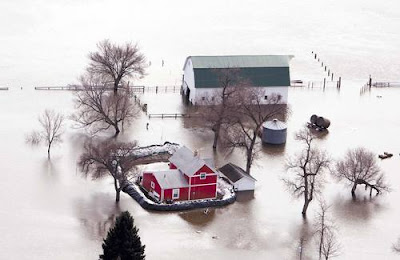 One thing that does not come over from the growing collection of videos on "police brutality" during the G20 demonstrations is the context. Greenie protestors have developed and refined the art of provocation to a quite remarkable degree, calculated to try the patience of a saint and geared to trigger precisely the responses which have been so assiduously filmed.

As to the demonstrators themselves and their creed, one can only marvel at the police restraint – that there were in fact so few instances of "brutality" when the natural and human instinct would be to irrigate the area liberally with tear gas or something with a more permanent effect.

The nature of the beast is well described in The Australian this week, an atavistic creed which is uniquely damaging to our way of life and our prosperity. Says Christopher Pearson in this newspaper:

Quite how stupid and dangerous these "atavistic romantics" are, however, comes not from the streets of London but from the local US press which reports that "Oklahoma is getting a late dose of winter weather as a storm system pushes through the state, dumping snow across northern and western sections of the state."

For the consequences of this weather anomaly, however, you have to read the Tulsa World which tells us that the freezes before this last one have already done serious damage, having devastated Oklahoma's winter wheat. It could end up killing 40 percent to 60 percent of the crop.

Mike Schulte, executive director of the Oklahoma Wheat Commission, is saying that most wheat fields in the southeastern part of the state had 90 percent of the crop destroyed, adding that only areas close to the Kansas border have avoided most of the damage. "Its real bad out there," Schulte says. "In some places it's a total loss."

Actually, the situation is not that happy in Kansas either and there are disturbing signs beginning to emerge from commodity markets worldwide, with damage and disruption by no means confined to the United States.

As Booker has sought to point out many times in his column, we are no longer seeing a warming trend and, over the last seven years there has in fact been a distinct cooling trend. With the climate models sharply diverging from reality and an ominous quiet sun, there is now real, observable evidence to suggests that we are going to have severe global stress on crop production.

Where there have not been intensive periods of cold, there have been serious floods (pictured) all of which have conspired to reduce crop yields which, this year, could drive down global stocks to critical level.

The possibility of a global food crisis resulting from cooling was one we flagged up last year, almost exactly to the day. The possibility now looks more frighteningly real. But – as we have observed before – the consequences are manageable as long as there is an early and well-directed policy response.

That is the reality of politics – the politics of global (and national) food production – which lies at the heart of our survival and prosperity, and on which the world relies upon for its stability. But, since our politicians have outsourced food policy to Brussels, and our idle political gossips probably think food comes from Tescos, there is absolutely no prospect of the issue being given even momentary thought.

Instead, while the claque is wrapped up in its interminable court gossip, the "atavistic romantics" dominate the streets demanding exactly the opposite of what is required, screaming "police brutality" to an eager audience, when we should be shooting them all before their warmist creed drives us into starvation.

That our political claque can no longer focus on anything that even remotely approaches serious issues – like our survival – is the politics of stoopid.