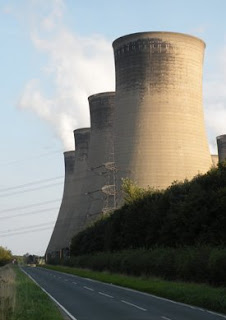 There is a certain air of unreality in the pronouncements of this dying Labour government, viz the expected announcement from climate change minister Ed Miliband.

Despite the fact that little Eddie is not going to see the inside of a red box past June of next year, he clambered to his feet in the Commons today to declare that there was a "solution to the challenge" that coal presents in causing "dangerous climate change".

That "solution" is, of course, carbon capture and storage – but not just yet. The little chap recognises that the technology "has never been tried on a commercial scale, and never as the complete process from start to finish on a power station", so he is deferring the day of judgement.

Instead, there are to be four demonstration projects – at an unspecified cost, but estimated at £1 billion each – which are to be funded either from a feed-in tariff or by a fixed price for carbon abated. That means one of little Eddie's final gifts to the British people is yet another hike in electricity prices, on top of the hike in ROCs to pay for the offshore wind farms.

With that, the government is planning on the basis that CCS will be technically and economically proven by 2020 whence every coal-fired power station built from now would have to commit to retrofitting the technology on the whole plant - 100 percent - within five years of 2020.

The scale of the costs that we could have to bear is indicated by research cited by Eddie, which suggests that "CCS and other carbon abatement technologies could sustain 50,000 jobs by 2030." That is 50,000 useless mouths, taking fertiliser out of flu gasses for no reason other than the paranoia of a bunch of warmists and some extremely dodgy science.

Needless to say, this was not good enough for Tory spokesman Greg Clark. He wants all new coal-fired power stations to be developed with CCS technology and be required to achieve an overall emissions performance standard of no more than 500 kg of carbon dioxide per MWh "from the outset". Furthermore, he wants the construction to be funded out of receipts from the EU emissions trading scheme, money that Gordon has already spent.

It only then took lib-dimmer Martin Horwood to agree that carbon capture was a jolly good idea, and then John Gummer to congratulate the secretary of state. It was trebles all round, as the chaps happily trotted of to their lunches.

The only real dissent came off-stage from the Guardian's George Monbiot, who thought the whole statement was "cynical and meaningless". Just for once, we do hope he is right – not that we need worry about the final outcome. By 2020, we'll all be freezing, and wondering why previous governments poured £4 billion down the drain.