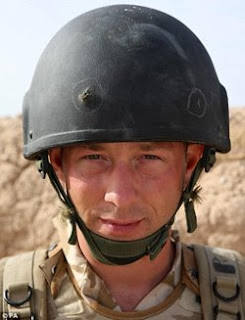 For a nation at war, with blood and treasure draining into the sands of Helmand, our ignorance of the current military situation in Afghanistan is matched only by the scale of public indifference - and the media's infantile treatment of the campaign.

Thus we see today the heart-warming story of the "lucky British Tommy", replicated ad nauseam in the popular media, who cheated death by 2mm when a bullet penetrated his helmet.

As a story, it has the fingerprints of the MoD "spin" machine all over it, a classic of the genre that represents both the extent and the style of coverage of the Afghan campaign, part of a deliberate media strategy promoted by the MoD.

It is attempting to shore up domestic support for the war, with a succession of "feel-good" stories, while strenuously avoiding any discussion of the strategic situation that might cause us to wonder what we are doing there and whether we are succeeding.

Given that the British media has all but abandoned any serious attempt at reporting the Afghan campaign, it is hardly surprising that it so readily falls in with this vacuous strategy. Thus it is to the Canadian press that we must turn for the latest slender clues as to what is going on. That, in itself, tells you all you need to know.

Even then the Canadian report has to be clothed in a "human interest" framing, although that in itself is revealing. It tells us that British troops in Helmand are largely unaware of the activities of their Canadian allies, fighting 40 miles away in the neighbouring Kandahar province, as indeed are most Canadians ignorant of the British efforts.

That there has been considerable USMC activity in the southern part of Helmand is not news, their activities in Garmsir last year having been charted by us, but the fact that there is to be a formal hand-over of responsibility of part of Helmand to the US most certainly is news. Furthermore, it represents a major change in status – and presumably strategic direction – for British forces, about which we have been told absolutely nothing.

However, we learn from this Canadian report that the Brits and the Canadians have embraced the growing American presence and have adopted nearly identical strategies to try to win Afghans over. They are using provincial reconstruction teams comprised of civilians and soldiers that are "as joined at the hip as an organisation can be," says Col Greville Bibby, the British contingent's deputy commander.

This, we are then told, is part of a security bubble strategy, with Bibby enthusiastically endorsing it, telling the Canadian audience that it "works". It is absolutely fantastic to see, gushes the brave Colonel. "It is all about them doing it. I can tell you that if we pulled out, the locals would be very angry. They are really hungry for this."

One would be slightly more impressed but for Bibby trying to justify the British strategy of sending men out in poorly protected vehicles, as he tells us: "If you've got the enemy within, laying bombs and attacking with small pockets of men, there are not many scenarios in this small zone for armour." The populated terrain in this province (Helmand) was not practical for heavy vehicles, he says.

"Our experience in Northern Ireland is that you can't influence the people from behind 10 inches of armour. You can't do it whizzing past with armour, pushing them off the road," he then adds, apparently entirely unconscious of the fact that it was this dismal line of thought that cost the Army the campaign in Iraq.

If we get the impression that the British Army has learned very little from its experience in Iraq, at least we can be assured that the USMC is using armour in Helmand – and a great deal of air power. Whether that is or will be effective in the longer term is anyone's guess and, as far as this blog goes, it will be a guess – our masters are not rushing to do anything so rash as to keep us informed.

That, therefore, still leaves unexplained the strategic context of the USMC activity in Now Zad. So far, this has been completely unreported by the MoD and ignored by the British media.

One thus further wonders about Bibby. He retails, with other soldiers at Lashkar Gah, his "frustration" with their own (British) journalists for seldom wanting to report on the non-military war. "The British media focus on the kinetic stuff," says Sgt Paul Crawford, a Royal Engineer who has served previously in Iraq and Afghanistan. "They want to film firefights. But the majority of what we do is stability and construction."

As in Canada, we are told, there is a war to be won at home. While hugely supportive of their troops, many Britons remain sceptical about the mission. "My impression is that there is a lack of understanding as to why we are here," Bibby says. "Like so many things political, the media use this to discuss political implications, rather than what is actually happening on the ground."

But hey! The media doesn't do politics any more. And as for "a lack of understanding as to why we are here," that is mainly because the MoD and this current government is so heavily inspired by mushroom management that it dominates its public information strategy.

Thus, when it comes to what is happening on the ground, Bibby can hardly be unaware of the fact that not only is the media absent, so is the MoD. The brave Colonel only has to look at his own organisation's website to discover that. He will see that it is filled with inconsequential "feel good" PR puffs which do everything short of actually telling us what is going on. He should also know that the media is actively discouraged from coherent reporting – not that this presents much of a problem.

Nevertheless, a grown-up media would, by now, be champing at the bit, demanding to know more, and taking on the "spin merchants" in the MoD. But, as long as it can fill up its pages with tat and political soap opera, and our opposition politicians seem equally unconcerned about what is happening, absolutely nothing is going to change.

Thus are we left in a fog of ignorance and an impression that, whatever is happening, the MoD is extremely reluctant to enlighten us. That can only invoke grave suspicions and maximise distrust, purely on the basis that if the MoD is acting as if it had something to hide, then it is a reasonable assumption that it is indeed hiding something.

But, as long as the political children are content to play their own games, the MoD will get away with it, leaving the grown-ups struggling to work out whether the British activities in Afghanistan are as inept as we fear, or whether they are just being run at the normal level of incompetence.

Should the MoD deign to tell us otherwise – and put Bibby out to grass – we are all ears.