If only aid were under national control 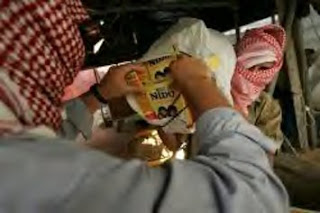 How often have we heard this from many people who believe that the European Union could do with a bit of reforming but is, otherwise, a jolly spiffing idea? Well, maybe not exactly spiffing but not really all that bad, if only we could get some of those powers back.

Because, of course, our own politicians and civil servants will always make the right decision, the sensible choice, and go along the correct path. One of those powers that will be so much more sensibly handled by national governments and officials, we are frequently told, is foreign aid.

Let us have a look at one small aspect of foreign aid, which is apparently, under British control. We are speaking of aid going to Gaza and the West Bank, which is now officially known as Occupied Palestinian Territories.

On Tuesday the answer to a written question by Lord Hylton (a man of rather wide political interests) was published in Hansard. The question had been:

Even though his lordship seems more interested in conditions placed on the government of Israel than in the amount of aid money that had been siphoned off by both Hamas and Fatah, this is a reasonable question.

Was the reply reassuring? Well, no, not exactly. As far as Gaza is concerned, there are no conditions attached to the aid at all but we shall, of course, make sure that all the money goes to the people it is intended to. We do seem to have heard that before, for instance here.

What of the situation in the West Bank? What is happening with the aid money there?

With regards to our planned expenditure in the West Bank, at the Paris pledging conference in December 2007 the UK committed up to £243 million over three years to the Occupied Palestinian Territories. Provision of this funding is linked to tangible progress in peace negotiations, including progress on reform of the Palestinian Authority, and the easing of movement and access restrictions by the Israeli Government.

The Israeli government has always said that "the easing of movement and access restrictions" is conditional on there not being any movement of suicide/homicide bombers and there has never been a proper undertaking on that from any Palestinian organization.

As for that tangible progress in anything at all, especially reform of the Palestinian Authority and some kind of accountability over the money that is pumped into the area, there has been no sign of anything, tangible or otherwise. So, will the money go there anyway? I suspect I know the answer to that.