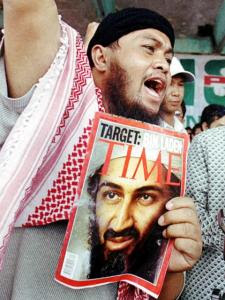 Dr Weinstein worked 35 years at the NASA Langley Research Centre, finishing his career there as a Senior Research Scientist. He is currently a Senior Research Fellow at the National Institute of Aerospace and is now a critic of the anthropogenic theory of global warming.

His analysis argues that man has contributed less than 0.3C of warming and by the year 2100 may contribute less than 0.4C additional warming. This is much less than what the United Nations IPCC has predicted and of course a small fraction of what alarmists such as Al Gore and James Hansen have predicted.

The one-line conclusion of his paper is straightforward and direct: "Any reasonable scientific analysis must conclude the basic [AGW] theory wrong." And that is the truth of it, no matter how much the warmists squirm.

The problem we have, as observed many times on this blog and in the forum, is that the warmist creed has nothing to do with science. It is a belief system, bolstered by opportunist and ignorant politicians and those with political agendas which are advanced by the opportunities afforded by climate alarmism.

To that extent, climate alarmism presents a far greater threat to our society and well-being than international terrorism. The enemy is in our midst, it has infiltrated the portals of government and the minds of our feeble politicians.

So invasive has it become that we even get the Conservative MEP group proudly proclaiming – as a reason why we should give them our votes: "Conservative MEPs played a key role in securing agreement in the EU on new legislation to cut carbon emissions and to promote more use of renewable energy."

That is the measure of the beast. The "honest" terrorists make no secret of their loathing for democratic western society and openly seek its destruction. The warmists (some of them) wear suits and ask for our votes. But they have the same agenda. We should treat them with the same disdain.