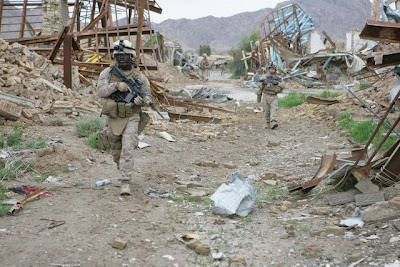 It will come as little surprise to most readers to learn that newspapers have a limited number of pages, particularly when it comes to the news and comment sections. Equally, there are limits set on broadcast news slots, which cannot be of infinite length.

Once this stunning information is fully absorbed, however, it becomes a fairly simple matter to deduce that, should bulletins or news pages be packed with details of one issue, other material must be left out.

What is less understood is that the ability to decide what should be published – and therefore what is left out – is the greatest power exercised by the MSM. By pursuing one issue and giving it great prominence, the collective can set the agenda and, by not publishing other material, issues which might otherwise have been prominent are consigned to obscurity.

Potentially, the greatest value of the internet was to break this monopoly of power. On the one hand, through the miracle of the search engine, it gave ordinary people high speed access to a huge range of material, historical and contemporary, negating the advantage of the media organisations and their hitherto better access to information.

On the other, particularly through the medium of blogging, it gave unprecedented access to a wide range of people, to disseminate information and analysis and promote discussion.

In theory, that should have led to an explosion in both the variety and depth of discussion, possibly leading to a better-informed, better-educated and sophisticated population, taking advantage of the leap in technology akin to the appearance of the printing press which challenged the monopoly of the clergy over the written word.

Alas, it was not to be. Possibly because of the inherent herd mentality of our species, rather than variety and depth, we see an explosion of sameness – simply more people chewing over the same issues. Many of the issues which were previously ignored by the media are now simply ignored by a larger number of people.

That said, it is of course possible to entertain more than one issue at a time, and it is a wholesome characteristic of our species that we can accommodate the serious, the important, the humorous and the trivial, all mixed in together as part of our daily intake of information.

The tragedy comes when the single issue – the hystèrie du jour - plus the trivia serve to drive out the rest, to the extent that issues of some considerable importance go entirely unreported and thus unexamined.

Put differently, the narrow focus on a limited range of issues has a cost – what might be called an "opportunity cost" - which we pay and pay dearly without even recognising.

By way of example, we see in today's Guardian the second of a series on the Iraqi war, which retails in great detail a savage attack on British troops, following on from a piece yesterday which offered similar detail. The point here is that the newspaper is offering details of events which occurred in the summer of 2006, events which at the time were almost completely unreported.

It is the thesis in my book Ministry of Defeat that had we known at the time quite how badly the security situation had deteriorated, Blair would not have been able to get away with his studied deception, maintaining that conditions were improving, in order to engineer a swift extraction of British troops.

Had that been the case, proper resources might have been allocated to what was a major insurgency, it is arguable than many lives might have been saved and many people spared much misery – and the consequences of our ignominious defeat could have been avoided.

That it was not covered by the British media should be a lasting indictment of the fourth estate. But it was covered to an extent by the foreign media and certainly by the local Arab (English language) media. The gap left by the British media could have been filled by bloggers. We (EU Ref) are just as guilty as the rest, for we did not even begin to wake up to the growing disaster in Iraq until the following year and it was 2006 before we got into our stride.

This, though, is not just history. Exactly the same is happening in Afghanistan. We really would not know it from the media coverage, but there is a major war going on out there. Less than two weeks ago, US forces launched a major military operation in the British sector in a town called Now Zad, to the west of Musa Qala, to recover it from the Taleban after it had been abandoned by our forces in 2006.

For many different reasons, which we will explore in a separate post on Defence of the Realm, this was (and is) an important event – the operation is ongoing, the fighting having trashed the town (see picture above). But, as for British media coverage, there is none. The most recent defence piece we got in the famous Daily Telegraph was a non-story about an alleged "manpower crisis" in the RAF.

If the Iraq debacle is any guide, the neglect of events in Afghanistan – which are of direct strategic and national interest, whether you agree with the war or not – will have its cost. That is the "opportunity cost" which we will all have to pay (and some will pay with their lives). If bloggers – and blogging – are to be taken seriously, they must address such issues, and many more. Otherwise, we are just as venal as the MSM which we so despise.

Or do we leave serious blogging (as well as the fighting) to the Americans?