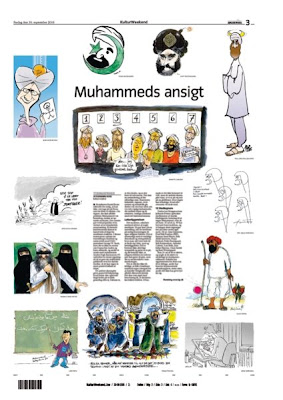 ... President Obama backing Turkey's membership of the EU will be seen as unwonted interference in European affairs. After all, whenever President Bush made statements of that kind, there was outrage in the land.

Then again, there seems to be no outrage or sneering contempt at the fact that the self-same ultra-brilliant President Obama thinks that they speak Austrian in Austria. Somebody should tell the highly internationally minded statesman that the language they speak in that country is German. [You have to scroll right down to the last question but one since most of the questions at the top were from American rather than European journalists.]

Fausta reports that there are likely to be some bad feeling in the Czech Republic though, presumably, President Klaus will not be given an iPod with President Obama's speeches.

We shall have more of what has come out of the NATO Summit and the various negotiations behind the scenes. For the moment let us just report that Turkey has dropped her objection to the Danish Prime Minister Anders Fogh Rasmussen, who will be the next Secretary-General of NATO. (In Denmark he will be succeeded in the prime ministerial position by the Finance Minister, Loekke Rasmussen. Makes it relatively easy for bloggers to have prime ministers of the same surname succeeding each other.)

According to the BBC in language that reminds one of teenage girls talking about pop stars, it was the "charm and intervention of President Obama" that secured Turkey's approval. However, there are persistent rumours that the first thing the new SecGen of NATO will have to apologize for those cartoons in Istanbul. The BBC story hints at it without specifying whether it was President Obama who insisted on it. There is more on that on Hot Air.

This will really help the anti-Islamist cause whether in the West or in Turkey itself. And to think that we used to think Anders Fogh Rasmussen to be one of the few honourable leaders in Western Europe.

UPDATE: Michelle Malkin who is, understandably, unhappy at the idea of an apology for those cartoons, links to the Reuters story that quotes Former Prime Minister and NATO SecGen elect Rasmussen "falling short of the full apology expected by Turkey".

Actually, the story hints that the row over the cartoons was just the cover and the real meat of the argument was Turkey wanting to extract one or two other promises from President Obama.

The row over his appointment, which threatened the image of unity at NATO's 60th anniversary summit, was resolved after Obama guaranteed Turkish commanders would be present at the alliance's command and that one of Rasmussen's deputies would be a Turk.

There has always been a very practical side to Turkish politicians. One can but applaud.
Posted by Helen at 23:35