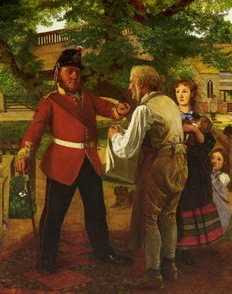 As the feeding frenzy on MPs' expenses continues unabated, the increasingly hostile media coverage is unwittingly acting as a recruiting sergeant for the BNP. Private polling carried out by the parties is showing that this issue, above all else, is increasing the "anti-politician" vote and driving people into the arms of the BNP.

Nor are the attempts of the likes of The Sunday Telegraph helping. Only yesterday, it made an attempt to assess the value for money offered by individual MPs.

It came up with Conservative MP Philip Hollobone as leader of the pack, but then confounded its own story in another piece, which describes him as "Westminster's cheapest MP" – which is not the same thing.

The attempt was pretty fatuous, because the essential role of parliament is that of an institution, the whole being greater than the sum of its parts. And it is as an institution where, as we have averred, it exhibits its greatest failures.

However, even taking the exercise at face value, the methodology was, to say the very least, questionable. The paper started with the voting record, converting into a percentage the proportion of votes cast against the votes called. Using this as a base figure, it then adds the number of debates in which the MP spoke, divided by three. To that figure it than adds the number of written questions, this time divided by thirty.

The ranking is then worked out by taking each MP's 07/08 expenses and dividing it by the composite figure. The lower the result, the higher is the ranking, giving Holloborne the top slot of £376 against the worst scorer, George Galloway, at £21,201.

What, of course, this does not take into account is quality of input. Rushing to the lobby when the bell division bell goes, to cast a vote without even knowing what the subject is, is worth thirty times more than a carefully crafted and well-researched parliamentary question – and three times more that an hour-long speech. Six votes in one evening (not at all uncommon), with the MP spending his time in the bar in between, is worth 180 questions or 18 speeches.

Moreover, the scoring is grossly unfair to ministers and shadow ministers, who could not be expected to attend debates outside their specialist subjects, or attend anything other than the most important votes. And ministers – for obvious reasons – do not table many parliamentary questions. Approve or not of what they do, no one can dispute that most work very hard indeed.

Further, the scoring ignores the vital role of the select committees. Yet, in terms of effectiveness, this is perhaps – when it works – one of the most important uses of an MP's time.

On this basis, the Telegraph is again not helpful. Nor is it necessarily a good thing that MPs do not hire staff. This is how Holloborne ranks so highly, but the whole point is that a good MP needs, at the very least, a halfway decent researcher, otherwise you come up with this sort of drivel.

The bigger problem, though, it is displays – once again – an almost complete lack of understanding of how parliament works. This is further demonstrated by Iain Martin in an article on Cameron, where he tells us that, "Being leader of the Opposition is a lousy job. The hours are dreadful, the possibilities for humiliation limitless and the power virtually non-existent." (As an aside, if I were Cameron, I would be very worried by the comments on this piece.)

This could not be more wrong. Within the parliamentary framework – and especially against a weak government – an opposition leader is extremely powerful indeed. He (or she) can run a government ragged, force change and embarrass a prime minister into changing direction.

The urgency of demonstrating that parliament is of value and of sorting out the expenses mess is now extreme. MPs cannot afford to wait until after the next election. Because of the distortions in the voting system, this issue alone could cost the Conservatives the election.

Furthermore, what is on offer is not enough. There is no mileage in swapping expenses for an increase in salaries. The country would not tolerate this. Nor is the abolition of the second home allowance, in return for a daily allowance. This is the system used for the EU parliament and, as we are aware, this is just as open to abuse. What Cameron is currently proposing, therefore, is not going to meet expectations.

We ourselves offered a very simple answer. Stop paying MPs salaries and expenses – and pensions. Instead, pay each an annual "constituency fee" and let them decide how to spend it, whether on themselves, staff, offices or whatever. Require them to publish annual, audited accounts on their websites and a summary on their electoral addresses if they stand for re-election. Let the voters then decide whether their MPs are value for money.

This will "park" the issue, and neutralise it electorally. It also breaks with the idea of collective taint. Each of the MPs will have their own arrangements with their voters and if one abuses the system, the others are not drawn into the scandal.

The other side of the coin is for MPs to come up with real proposals to make parliament stronger, so it does offer better value for money. Collectively agreeing to a referendum on the EU – over the head of the government – would be a good start. We could think of many other ways.

Either way though, extraordinary measures are needed to recover the situation. There is a great deal at stake and I wonder whether MPs are fully aware of this. If not, they are going to get an extremely unpleasant surprise at the euros, and an even bigger one at the general election. If MPs flunk this test, many of them may not get another chance.