A new one almost every week 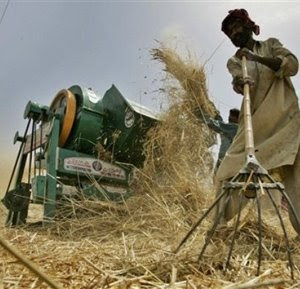 "Before we succumb to the oracles of doom, we should formulate a new scientific law: small fluctuations in scientific data produce disproportionate panic in the populace. Climate scares have become like health scares: there is a new one almost every week, and they get less persuasive as they multiply."

So writes Felipe Fernandez-Armesto, in the Independent on Sunday of all places, speculating about the quiet sun and the prospects of the world suffering from a cool spell.

He is absolutely right to propose such a scientific law, although there is hardly anything new in it. The dynamics of scares - or "moral panics" as the sociologists prefer to call them – are well understood.

Fernandez-Armesto, however, believes the current cooling trend will "probably be a short lurch", as opposed to the warming which, in accordance with the warmist orthodoxy "is the long-term trend."

One can only hope he is right for, as we have observed on many occasions, the impact of even slight cooling on world agricultural production is likely to be extremely serious - in a system which has little in-built flexibility.

Quite how close to the edge we really are comes with little-noticed reports from Pakistan, which are warning of an imminent wheat crisis. Already, prices of wheat flour and its products are soaring and the Pakistani government is being forced to increase imports to meet the shortage.

Of even more concern is another report which points to greater turmoil to come. This predicts that the GDP growth rate of Pakistan is expected to decline further as the current wheat production target looks set to be missed by 6.8 percent. Initial estimates of wheat production show that only 23.3 million tons of wheat are expected from the current harvest as against the target of 25 million tons.

This decline in production is in spite of the fact that the wheat sowing target was surpassed. The government had fixed the target at 8.610 million hectares, while wheat has been sown on 8.749 million hectares, an increase of 1.61 percent. This shortfall is expected to have a profound effect, driving down GDP growth to two percent - the lowest in the past 38 years of Pakistan's history.

A great deal has been written recently of the political situation in Pakistan, the growing instability and the rise of the Taleban but, at the root of it all is this specific phenomenon. No country which neglects its agricultural base can ever prosper.

In Pakistan, we hear of urgent need for structural changes in the economy and, in particular, of the need for land reforms, without which there can be no leap in agricultural productivity. But so bad has the situation become that yield per acre is not increasing in line with increased population.

Since 2000, the per annum increase in wheat production has been a paltry 0.44 percent, against an approximate 2.3 percent population increase. Unsurprisingly, Pakistan ranks 61 out of 85 countries in the 2008 Global Hunger Index.

Against the underlying problems in agriculture, Pakistan is one of the many countries which can least afford a further decline in production arising from cooler weather. If the current political instability can, in part, be attributed to lacklustre agricultural performance, then it provides an indication of how things might develop if cooling does set in for a prolonged period.

This is a "climate scare" that we do not want to see turn into reality.