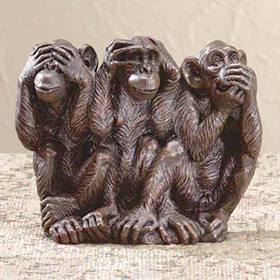 Purely in order to make some sense of a discordant world, it is necessary to break up the news into bite-sized chunks. Then the information is categorised into different subject headings and finally, whatever happens to be topical is given the lion's share of attention.

Since the budget is currently the hystèrie du jour, that inevitably gets by far the bulk of media coverage, and the full gaze of the commentariat. Tomorrow – or next week – will be different. The dogs bark and the caravan moves on.

Real life, of course, is not like that. The daily grind of living, and making ends meet is not broken up into neat little compartments. It comes all at a rush, the end result being the things you would have liked to have bought but did not, mainly because the figures on the bank statement at the ends of the months have minus signs in front of them.

In that context, while the commentariat are devoting huge amounts of time and energy to their attack on Brown's 50 percent income tax rate for "rich" earners, almost no attention has been given to a raid on our wallets of equal size, which will have a much wider impact on people generally.

The problem here is the false distinction between "tax" – the money that the government takes out of our pockets directly - and government mandated extractions which are collected indirectly and/or are given different names and are collected by other means. That is distinction is artificial is self-evident. Whether it is called a tax or something else, or extracted directly or indirectly, it is still taken out of our pockets. It is still money we, as individuals, cannot spend.

The "raid" we have just experienced is further obscured by the fact that it came in three separate parts, on two consecutive days. The first two came with the budget. One was an increase in the ROC to fund the building of useless and wildly expensive offshore wind turbines.

On top of that, buried in the small print is a decision to reverse a Court of Appeal ruling that allowed certain engineering materials to be exempt from the tax. This also allows the government to reclassify certain inert wastes that currently qualify for a lower tax rate of just £2.50 a ton so that they too will be charged the full rate. That move alone is equal to an additional £160 million a year taken out of the economy, into the chancellor's coffers, with the total receipts in the order of £1.5 billion.

The third part of the "raid" we dealt with yesterday. This adds £4 billion or more to the costs of generating electricity which, like the ROC, will be recovered through our electricity bills.

It says something of these imposts that, while the clatterers are very quick to tell us how much the 50 percent tax rate will cost, the figures on how much the government is extracting through these less direct means is extraordinarily difficult to find. Almost certainly, the combined effect is greater than the 50 percent tax rate. But, in the fullness of time, when the money is drained from our pockets, it will be so dressed up and disguised that the raid will not be noticed for what it is.

Now, the essential point here is that, barring shades of differences on the detail, all three main parties support these extractions. This being the case, our structured impoverishment does not enter the domain of political debate. And, without a political lead, the commentariat – derivative as always – does not discuss it. Thus does the general public remain almost totally unaware of the fact that it is being ripped off.

As the Wall Street Journal points out today, though, global-warming legislation drives up the cost of everything. If we had real, joined-up politics, such an obvious point would be the focus of a heated political debate. But, instead, we have narrow agendas discussed interminably, all neatly compartmentalised with most of the real issues parked in the "do not discuss" box.

Thus, today and for the rest of the week, we discuss the "economy" – or that bit of it which the political claque chooses as its focus. For the rest of the year, we get poorer, without even really knowing why.