A match made in hell 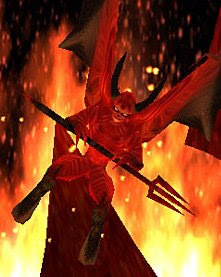 The thing I like about Bruno Waterfield is that he is one of those rare journalists who writes with a sense of outrage - his current target being the mendacious MEPs who infest the EU parliament.

What is particularly remarkable, however, is the contrast between this and the faux outrage of BBC reporter Mukul Devichand on the rise and rise of the BNP, and its prospects for getting one or more MEPs at the euros this June.

What the BBC have not factored in, however, is that even if the BNP candidates were vermin of the most despicable kind, they would be hard put to it to compete with the present incumbents, or match the loathsome venality of the EU parliament itself.

In a perverse way, if we took the BBC's view at face value (not that we are exactly known for doing that) we could argue that the more disgusting the BNP is, the more appropriate it would be to elect their candidates as MEPs. The party and the institution, one might hold, deserve each other. It would be a match made in hell.

Certainly, since the common view of the BNP amongst the established political classes is one of contempt, there could be no better way of expressing contempt of the EU parliament – and those self-same political classes - than sending members of a "contemptible" party to fill the places.

But, since so many of those issues are lodged firmly in the "do not discuss" box, the establishment is hoist by its own petard. That leaves it with a failing and soon to be failed strategy, when the BNP romp home with the spoils, capitalising on the very thing that establishment is so freely offering – disapproval.

After all, if you are selecting people to go to hell, you tick the box marked "sinners".