When madness grips the land 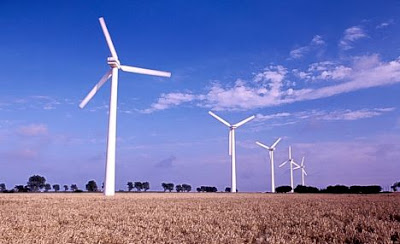 We have written about wind farms and the fatuity of the EU's renewable energy plans so many times (spool down) on this blog that we are in danger of boring even ourselves into a catatonic trance. How many times can you repeat that the entire policy is utter madness, complete insanity, a breathtaking departure from reality?

Well, with slightly more patience and endurance than I am able to muster, Booker says it again in The Daily Mail today, telling us, "Why spending £100bn on windfarms to please the EU is Labour's greatest act of lunacy."

But, as he observes, "…right now it seems not the slightest chink of reality is breaking in on this madness. Our opposition parties seem just as much in its grip as those who rule us in Westminster and Brussels."

And indeed that is the case. The Conservatives are as much in the grip of this collective madness as our current governments, the one in Whitehall and the one in Brussels.

Like the insanity of the tower blocks of the '60s – and much like the madness of the 17th Century when apparently sane men branded innocent women as witches and burnt them to death, with the approval of the communities in which they resided – this particular brand of madness will have to work its way through the collective consciousness.

In due course, we will emerge from it and survey our recent past, wondering as we do with the gaunt wrecks of a once proud vision that we now dismissively call "tower blocks", how we could have been so taken in by what was so obviously an utterly foolhardy obsession.

Until then, we are in the grip of what nineteenth Century writer, Gustave Le Bon called the "psychology of the crowd". It is beyond logic, beyond reason, beyond argument. There is no antidote, no cure. Reason, particularly, is no answer.

We can only watch, shake our heads and wonder at the stupidity of our fellow man. And when it passes – as it will – "everyone" will agree that it was madness. By then, of course, we will be in the grip of a new obsession. I guess it is called the human condition.