This is your dinner … 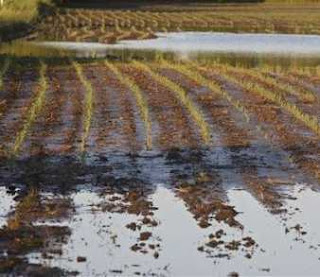 Well, not you, in particular. But the picture shows a deteriorating situation in the mid-west which we reported on last week.

Given remarkably little coverage in the British media, the Wall Street Journal picks it up today in an editorial, likening the record floods to the mid-west version of Katrina.

The floods have done enormous damage, especially in the industrial city of Cedar Rapids where the Cedar River crested at some 31 feet on Friday, compared to 19 feet during the 1993 flood.

But the paper also notes what the British media have failed to do - the national, and even global, consequences through rising food prices. The rains have further delayed planting for this year's corn crop, with perhaps as many as three million acres lost for the year. Some farmers, it says, may be able to plant soybeans instead, if the rains let up, but others may simply file for federal crop insurance for lost acreage.

The paper also concludes that "little that can be done about freakish weather", rightly then adding that "that's all the more reason for policy makers not to create artificially high prices with bad policy." It focuses on high prices made higher than they should be due to ethanol subsidies and especially the Federal Reserve's inflationary monetary policy. Corn was only $4 a bushel as recently as last August, but by April had hit $6. You can't blame that on the weather, says the paper. 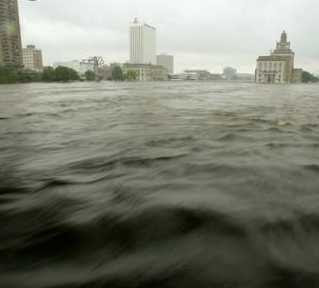 However, while there is no attempt to explain the "freakish weather", those of a more curious disposition might care to look at the latest post on Watts up with that. This catalogues the growing evidence that the solar activity is declining sharply, with profound implications for the climate and global food supplies.

In short, there are very strong indications that we are about to – if not already – entering a period of significant global cooling. This is why today, presumably, David Cameron delivered a long speech on Conservative policy to deal with, er … global warming.

As always, the politicians are behind the curve – this one as much as the rest. But, while he is talking about "one of the most radical technological and social shifts for generations… reconfiguring our whole economy and overturning our whole hydrocarbon dependency," the mid-west could be sending us signals that we are about to be very hungry indeed, while the food commodity price rises we have seen over the previous years are but a harbinger.