Is there anything it can't make worse? 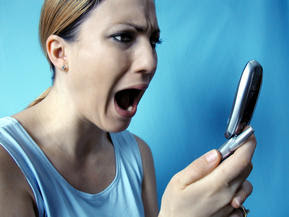 "A Europe of results is a political vision based on constructive pragmatism: to address the concerns of our citizens," says EU president José Manuel Barroso - meaning let's find something that will attract popularity and we'll do it – irrespective of the consequences.

This was very much the driver behind the EU's cynical intervention in the mobile phone market where, looking for something that would give them an instant popularity boost, they fixed upon "roaming charges". Bringing the often very high prices down, they reasoned, would provide an opportunity for endless publicity and self-congratulation about the value of "Europe".

However, having interfered for entirely political reasons and thereby disrupted the complex – and not entirely functional – mobile market, the commission has introduced even more complications and distortions than already existed. But, not knowing when to leave well enough alone, that has provoked an further round of interference, this time on what are known as "termination charges".

This has triggered anguished howls of protest from the industry, covered widely in today's media, not least in The Daily Telegraph, The Guardian and The Independent - the latter offering by far the most comprehensive report.

The upshot is that the commission's latest round of interference looks set to cost the industry some £80 billion, forcing it to make substantial changes to its business model – the net effect of which will be to price some of the lower-end users out of the market.

In pursuit of its politically motivated intervention, therefore, the commission is doing untold damage, leaving behind it an even more complicated, less efficient and less accessible mobile phone system – all for the sake of increasing the profile of the EU as an organisation which addresses "the concerns of our citizens".

Needless, to say, which it comes to addressing the real concerns of citizens – like the total lack of democracy in the ramming through of its constitutional Lisbon treaty, the commission is nowhere to be seen. Its "Europe of results", therefore, does not comprise anything more than a cynical marketing device which, even now, is beginning to backfire on them – as the hostile headlines are illustrating.

The only lasting results, it seems, that the commission can ever achieve, is to take something – anything – and make it even worse.