Creatures of the night 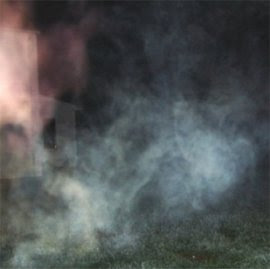 Without let-up, the "colleagues" are beavering away in the background, determined to unpick the Irish referendum result. And it is now becoming evident that the repeat referendum scenario – the one most people thought impossible, including this blog – is the front runner in the race to ratify the treaty.

This much has been picked up by The Sunday Times which effectively confirms that the game plan is to deconstruct the objections aired during the referendum campaign and neutralise them.

The paper cites a chilling observation from an unnamed "senior Irish official" who says, "The 'no' campaign will be picked off one by one. Everyone has a price."

Here, although not specifically mentioned, looms large the name of Declan Ganley – the star of the "no" campaign. Although being hailed for his victory, this man is most decidedly not a eurosceptic and the "colleagues" must at least be wondering what it will take to turn this man and get him to support a "yes" vote in a second referendum.

As it stands, the "colleagues" have very little time. They have to get the Irish ratification in the bag before the June 2009 euro-elections, to stop them becoming an unofficial Europe-wide referendum on the treaty. Eurosceptic parties making substantial gains on the back of anti-Lisbon sentiment would be a truly disastrous outcome for them.

Finding the right buttons to press is not going to be easy. One which seems to be taking on some prominence is a threat to block more enlargement unless the treaty comes into force – starting with Croatia. This was aired by Sarkozy at the European Council and is picked up by The Sunday Telegraph, which has Sarkozy being accused of "blackmail".

The trouble with this is that – if anything – blocking further enlargement could well be popular with the Irish, who have taken on a considerable number of east and central European migrants following the last enlargement. It is significant that the areas of Dublin which have been most affected by this surge are those which voted strongly against the treaty.

Nevertheless, the "colleagues" will continue to chip away at the problem until they – or the Irish – come up with the "right" answer, all of which has the Sunday Times leader railing that there can only be one response. "A 'no' vote next time has to be even more decisive than earlier this month. Anything less would be a travesty," it writes.

However, we are dealing here with creatures of the night, who will stop at nothing (until the sun rises). Rightly, therefore, does Booker observe in his column today that the EU leaders and Robert Mugabe have something in common. When a vote goes against them, their instinct is not to accept it but to cast round for how to get the decision reversed.

Our money is still on the "colleagues" rigging the question in such a way as to imply Ireland's withdrawal from the EU in the event of a second "no", a strategy they hope, might frighten off Declan Ganley.

Whatever transpires, the events of the last few weeks have not been without their value. As Booker notes, they have shown that the EU is not just undemocratic but actively anti-democratic.

In terms of popular consent, he writes, this is as bad as Mugabe's determination to cling onto his power - and the haste with which Gordon Brown last week rushed through the last stages of Britain's ratification of the treaty in time to win the approval of his colleagues at Friday's European Council was as degrading as the rest of his part in this shabby story.

But, as they crawl under their stones, ready as the sun goes down for a fresh assault on what remains of our democracy, the last thing that troubles the "colleagues" is a trivial thing like consent. These creatures of the night have no time for such niceties.