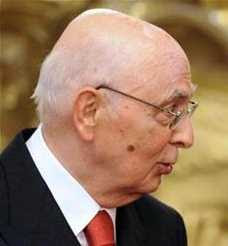 It is rather ironic that the "ratification instrument" – the document which the British government will formally deposit with the Italian government to complete the ratification of the constitutional Lisbon treaty – will be drafted on goatskin parchment.

Such are the recriminations flying about in the aftermath of the Irish referendum, though, that – as one of our forum commenters put it - the skin surely came from a scapegoat.

First off the mark, last Thursday, was Luxembourg prime minister Jean-Claude Juncker, who complained that the unwelcome (to the "colleagues") result was down to the member states, and the "Politicians give the impression that Europe is being built against their will."

He was followed by Sarkozy during the latter stages of the European Council meeting on Friday, who took a tilt at EU trade commissioner Peter Mandelson for upsetting the Irish over the WTO negotiations.

Then it was Silvio Berlusconi's turn. He accused EU commission officials of "talking too much" to the public in the member states. "The forecasts and recommendations that the commissioners give, and which appear in the newspapers every other day," he said, "provoke negative reactions among the citizens of the EU, who see (the commission) as a body that imposes constraints and creates problems."

Warming to his theme, he added, "Moreover, they create difficulties for governments because they offer ammunition to opposition parties, whether of the right or of the left, to criticize the government."

To add to the discord, Italian president Giorgio Napolitano (pictured) has joined in, siding with the Juncker brigade by accusing member state governments of using the European Union as a scapegoat to hide their own faults.

"Too many governments, have in fact, hidden the positions they have taken in (Brussels), using Europe - and in particular the European Commission, 'the bureaucracy of Brussels', as a scapegoat to cover their responsibilities and inadequacies," he said in a speech to a European conference in France.

These remarks have been seen as a veiled swipe at Berlusconi, but Napolitano also has general criticisms of all member states, declaring that their governments were not persuading their citizens of the need for a stronger and more united Europe.

Far from taking a hint from Berlusconi about "talking too much", Barroso has been unable to resist the temptation to hit back, stating that, "It's not with populist slogans that we will succeed in renewing confidence among European citizens."

Barroso's view is that those who accused the commission of a "democratic deficit" were just plain wrong. "There is no point in falling into the populist temptation of depicting the European Commission as the expression of bureaucracy and technocracy," he stated.

Not content with that, he then put himself firmly in the Juncker/ Napolitano camp by declaring, "It is not possible to criticise Brussels from Monday to Saturday, and then on Sunday, ask your citizens to give a favourable vote for Europe."

Meanwhile, The Irish Times is blaming the "disastrous 'yes' campaign" for the failure to deliver the (scape) goatskin, bringing us to today when we wait agog for the next instalment of the blame game.

Nobody yet has blamed global warming – which has to be a first – although there is still time yet.