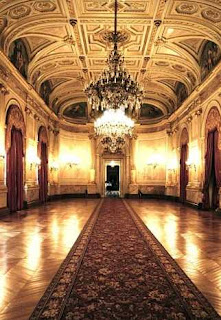 As my co-editor returns to the fold, after her jaunt to Paris – a city I regard with some disfavour, having had my laptop stolen there – the "colleagues", or some of them, are set to take over.

Courtesy of Nicola Smith in yesterday's Sunday Times, we learn that the European Peoples Party (EPP) – of which the Conservative pigs MEPs are members – is set to start work in the capital, attending some important "study days", at the minuscule cost of some £200,000 to the grateful taxpayers.

For those doubters amongst you, these "study days" can be of considerable value. In my days in the "heart of darkness", I recall one which involved my spending the best part of a day perched on the top of a tree, deep in a forest on the fringes of the Pyrenees. There, I was forced to imbibe considerable draughts of local wine and consume industrial quantities of paté foie gras – all in the company of a group of heavily armed Basque gunmen (don't ask!). 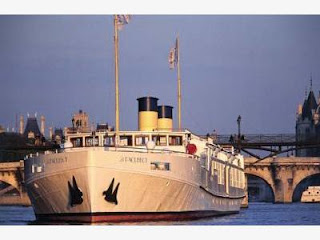 Not for our EPP pigs MEPs however are there such sybaritic activities. Instead, they are going to have to suffer a dinner at the Palais de Versailles and a champagne boat trip down the Seine, on Le Paquebot (billed as an "immense floating palace"), the largest boat available at the exclusive Yachts de Paris tour company.

To add to their hardship, the group will be limited to a cocktail lunch of 22 hot and cold culinary specialities created by Jean-Pierre Vigato, a top Paris chef. Champagne, French wines and liqueurs are also on the menu. Those invited have been told: "you may wish to bring a sun hat", illustrating the rigours that they will have to face.

They will also have a two-hour lunch hosted by France's ruling party, the Popular Movement Union (UMP), at the 18th-century residence of the president of the national assembly, and a drinks reception hosted at the Elysée Palace by Nicolas Sarkozy, all while having to slum it at the distinctly down-market Hôtel de Lassay (pictured).

And, for such great service, the pigs MEPs in the 200-strong group from the EU parliament will only be paid their daily attendance allowances of £225 per day (on top of the normal salary and expenses), to recompense them for their hardship.

To reduce that hardship, the group will be accompanied by a salaried official from the parliament who will take with him the official register, sparing the pigs MEPs the hard labour of attending an office in the parliament building where the media might witness their signing on.

Given that our good and faithful pigs servants are displaying such diligence and devotion to public service, I am sure that none of us would dream of asking whether the money was well spent. That, of course, would be "impertinence".