What are we to make of it? 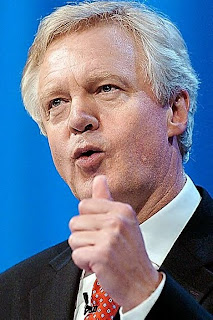 My colleague has already posted on the great excitement in British politics – the resignation of an MP apparently for reasons of principle. I should like to discuss the wider implications of this event, while fully admitting that I am not privy to David Davis’s thinking or planning. It would appear that even his close colleague and former chef du cabinet, Iain Dale, was taken somewhat by surprise.

During my six months working for DD in 2005 Tony Blair's 90 day detention proposals I saw first hand how passionately he feels about this issue. It's not a matter of political conviction, it's almost as if it is in his DNA. He genuinely thinks that extending pre charge detention to 42 days will make the country less safe. It will give the terrorists a propaganda victory.

Up until the weekend he believed the 42 day proposal would be defeated. He hadn't reckoned on the duplicity of the DUP or the fact that so many Labour MPs would be bought off by offers of goodies for their constituency or the chairmanship of this or that committee.

Of course, one must ask that if Mr Davis felt that strongly about 90 days and, indeed, 42 days, then why did he not feel strongly about 28 days. Perhaps, he did and thought, with little justification, that the government would stop there. If there is one thing one knows about any government is that they never stop unless they are forced to.

They will not stop at 42 days either as they find that the police can do no more in 42 days than it could in 28, unless it is a question of investigating a TV programme for "Islamophobic content", in other words, evidence that some mosques peddle incendiary material.

The reaction has been confusing, to put it mildly, because it is so long since any politician has resigned on any matter except being caught with hand in the till. (In fact, when I saw the Evening Standard headline I assumed the story was about Caroline Spelman and her nanny, thus to be ignored.)

The Times and the Daily Telegraph is spinning away, doing the Labour government's work. Apparently, this will be terrible for the Conservative Party, because dear old Gordon is on the ropes and this will give him breathing space with the Tories tearing each other apart. Interesting. It seems that neither newspaper nor its journalists can envisage a different scenario and that is the electorate being rather impressed by a politician who, at least, appears to be making a principled stand.

According to Conservative Home (whose own stance is diametrically opposite to Davis's), a swiftly conducted grass roots poll shows that 65 percent of Conservative members are inspired by Davis's stand. Unlike most newspapers, the editor of the blog, one Tim Montgomerie, has also published the questions and the figures for individual responses.

That is completely different from the newspapers flagging up the YouGov poll that 69 percent of those asked (we do not quite know what) support the 42 day pre-charge detention. As we have mentioned before, it is unlikely that such matters as Habeas Corpus were mentioned in the poll. Nor would there have been any reference to the West Midlands police or to alternative ways of dealing with the problem. Cat and Mouse Act, anyone? Perhaps not.

Undoubtedly, it is a little early to decide what the effect of David Davis's resignation might be but one or two preliminary points might be made. One is that he is absolutely right in his view that conservatism consists of defending ancient liberties and our judicial system. Would that he were as strong on defending them from the various European Treaties. There seems to be something of a blind spot there or will Mr Davis now emerge as the spokesman for the true British constitution?

Secondly, he is also right in that stupid reactions to terrorist threats are own goals. One of the professed aims of the Russian terrorists of the second half of the nineteenth and early twentieth centuries was to provoke savage reprisals from the government, thus turning much of the educated society into opponents of the state. Largely they succeeded with lamentable results for the country as a whole.

This is not to say that we must not fight this war with all sensible methods at our disposal. The war, as we have pointed out on this blog on occasions too numerous to mention is one of propaganda as well as of bullets. What exactly has been done about creating or reviving a British narrative that gave many Muslims an honoured place?

Anyone who would like to disagree with that sentiment should visit a British War Cemetery and have a look at the many gravestones that are marked with a sickle. These are the gravestones of His Majesty's Muslim subjects voluntarily coming to the aid of the mother country.

We have asked some of the other questions before. Here is another one. Just exactly how determined are we to fight this war if we demand that the United States return Gitmo prisoners, even if they have no particular right to be in this country, drop all outstanding charges against them and fund them from Legal Aid to sue the American government? Why is it that the only way of fighting this war is to abolish individual rights, ancient liberties and the assumption of innocence until proven guilty? 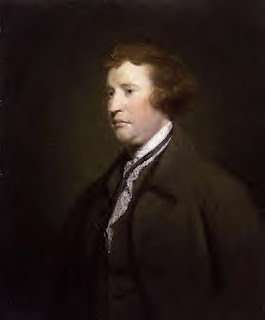 Now we come to the really interesting question about David Davis’s behaviour and that has to do with the duty of an MP. Inevitably, the government is getting all worked up about Davis’s contempt for the British people and the British parliament. That “contempt” always appears when something is suggested (such as a referendum on the Constitutional Reform Lisbon Treaty) that the powers that be do not like.

Then there is the question of that opinion poll. Davis should not, according to this, express his views because the majority according to an opinion poll is in favour of this ludicrous idea. The same majority will turn round at the first sign of somebody being kept in for all the wrong reasons. Presumably, at that point all those who support the 42 day detention must whip round into the other camp because some opinion poll says that the majority is against it.

In other words, we are back to the problem discussed by the great Edmund Burke, among others: is it an MP's job to reflect what his constituents say, regardless of what he believes is right and regardless of the fact that the constituents may change their views from day to day or is it the MP's task to speak and vote according to his conscience, at least on major issues.