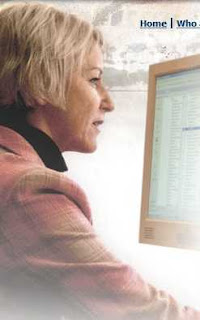 The fragrant Margot Wallström was quick off the mark yesterday, blogging on the General Affairs Council in Luxembourg – but perhaps too quick.

In an unexpected burst of candour, she announced: "The fact is that all Treaties have to be ratified unanimously so as things stand it is not possible for the Lisbon Treaty to come into force", an admission which seemed to drive a horse and cart through her boss's statement that the treaty was not dead.

However, good things never last. No sooner had the piece been posted then it disappeared, along with the comments. No traces were left, not in the cache or the RSS feed. Someone took a great deal of effort to ensure that all records of the post were expunged.

Then, miraculously, the post reappeared – apparently the same, but actually with one very important difference. To her otherwise candid admission, the words "as foreseen" had been added. Thus, the new sentence reads (our emphasis):

The fact is that all Treaties have to be ratified unanimously so as things stand it is not possible for the Lisbon Treaty to come into force as foreseen.

Unfortunately for the Fragrant One, the change was spotted by "sean7", a hack working for Mail and the Guardian, who posted his observations on her blog. He added, "I presume you won't mind me mentioning the very peculiar alterations … in an article, to illustrate the mindset of the European Commission."

So far, answer there has been none. It seems our Margot has learnt the art of the silent edit.