A new direction – on Europe? 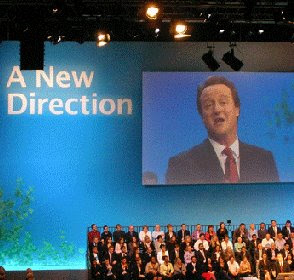 The darker art of politics, it appears, is at the root of the scandal of MEP expenses. That their misuse of expenses should emerge just now (when it has been known for such a long time) owes much to the creative intervention of Conservative Party headquarters and its proxy, Open Europe.

We should have smelt a rat immediately, but sometimes we are a little slow on the uptake, left on our own to wonder why the scandal had not been addressed before.

As both The Daily Telegraph and The Times would have it, though, Open Europe, which made the early running on this issue, has been used to create an opportunity for David Cameron to "look dynamic" in cleaning up "Brussels sleaze".

With Open Europe director Neil O'Brien understood to be very close to William Hague, it seems that he has been used as the "front" for this strategy, which has a number of other advantages.

Apart from showing Cameron in a "good light" – something certain Tory blogs were quick to emphasise - this is also a quick and easy way to clean out some of the "dead wood" from the Conservative MEP grouping, paving the way to insert loyal Cameroons at the next election, more in tune with their master's wishes.

Sending in Hugh Thomas, the party's new "head of compliance", has added to the theatre, but the real game is his requirement that Tory MEPs should disclose the name of their paying agents. This will give willing hacks more opportunities to root out MEPs guilty of malpractice and shady deals – but it will also wrong-foot the other parties, who will be forced to follow suit, exposing them to press scrutiny.

This in turn has the merit of diluting the effect of the Conway affair, leaving both Labour and the Lib-Dims struggling in the wake of the shining Boy, who will already have been seen to have taken action.

O'Brien somewhat gives the game away, telling The Times that there were allegations of unacceptable use of expenses against MEPs from all the main parties. He adds: "There will be a huge premium for whichever party leader can be shown to take action against sleaze in Brussels."

Highlighting MEP expenses has also distracted the media from issues such as the constitutional Lisbon treaty, filling the quota of EU stories and thus excluding other copy.

Longer term, the cleansing of the stables will strengthen Cameron's grip of "team Brussels", a vital requirement when it comes to explaining to an increasingly sceptical Tory membership why the group will not be leaving the EPP at the next election.

Further, although the leadership is making soothing noises about renegotiating a limited bag of EU powers, the talk in Brussels is that Cameron has totally bought into the "Europe of results" agenda, particularly when it comes to promoting Green issues.

A compliant group will be much needed to dress up Cameron's "new direction" on Europe – which otherwise might look suspiciously like the old Tory one.