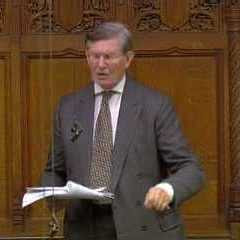 Barely a day goes by without us receiving e-mails from diverse eurosceptic sources, urging (or supporting) judicial action and/or lobbying the Queen, etc., etc., in the increasingly frenetic desire to block the constitutional Lisbon treaty.

The latest of the legal attempts was a last-ditch move by Bill Cash, who sought a judicial review of the UK ratification process. He said it would be unlawful for the UK government to continue with it.

However, entirely predictably, the attempt has failed. In his ruling against the application, Mr Justice Collins said: "It will be for Parliament, not the court, to decide whether the Bill should be passed."

He added that ratification was "a matter of political not judicial decision" and Mr Cash's case was "totally without merit since it is an attempt to pursue a political agenda through the court".

And therein lies the truth. Our continued membership of the EU – and all that stems from it – is primarily a political issue and must be addressed through parliament rather than the courts. It is our MPs to whom we must turn our attention for, the fact remains that we are in the EU because our MPs permit it.

It is they, and they alone, are responsible for this mess – individually and collectively.