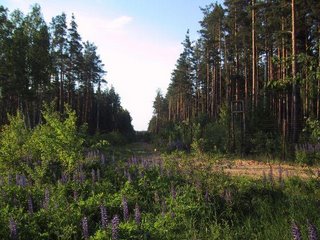 Russia, on the whole, has had tumultuous relations with her neighbours, the three tiny Baltic States. Without going too far into history, let us recall that Estonia, like the other two, became independent in 1920, via the Treaty of Tartu, signed on February 2.

Said independence lasted for twenty years. In 1940, "honouring" the secret clauses of the Nazi-Soviet Pact, the Red Army marched into all three countries and the Soviet government announced that they have all been received into the great family of Soviet Republics. And just to show that they now belonged to that family, immediate arrests, executions and deportations began.

It is generally assumed that one reason why the Soviet Union was unprepared for the German attack of June 22, 1941 was because the trains were running in the wrong direction. Instead of bringing soldiers to the western border, they were carrying human cargo east and running back empty to collect more.

The German invasion took in the Baltic states as well and there were more deportations though there was also some (in the circumstances almost understandable) collaboration against the Soviet Union. In 1944 the Red Army came back and the 1940 process was repeated. Somewhere along the line there were various referendums that showed without any doubt that all Balts wanted to be Soviets.

For the subsequent 45 years great efforts were made to Russify the area. The results of those efforts, the Russian population of those countries are still presenting a problem one way or another.

Still, the Soviet Union collapsed and Estonia's independence was recognized, again, together with that of Lithuania and Latvia, in 1991.

Last year the countries became members of the European Union, having joined NATO some time ago. It would seem that President Putin's plans to reconstruct the old Soviet area into a single economic and security unit would not include the Baltic States. 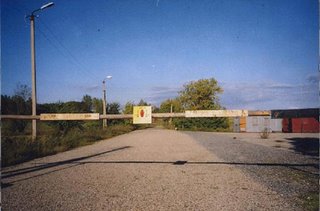 Unfortunately, it is not quite part of the collective Russian psyche to accept that territory has to be released. There have been constant meddlings through the Russian population and its supposed wrongs. It seemed that the subject was abandoned by Putin as he has not raised it with the EU for some time.

In 1996 a border agreement between the two countries was drawn up, which was to put an end to the disputes that have, in theory, dragged on since the forties. Now, we get the news that Russia has decided to withdraw from the agreement, which Putin had actually signed earlier this year, explaining that the agreement would allow Tallinn to "claim" land from Russia.

According to the Novosti news agency

“The Estonian parliament ratified the agreement in June, but modified its text to incorporate provisions of the 1920 Tartu peace treaty, claiming parts of the Narva region for Estonia, and to present the country's annexation by the Soviet Union in 1940 as an act of aggression.”

Estonia denies that this means any further claims on territory and, one suspects, that it is the point about the 1940 annexation that is really at stake. Noticeably, President Putin has refused to acknowledge that there was a certain aggressive aspect to the Nazi-Soviet Pact or its effect on the Baltic States, Poland, Western Ukraine and Moldova.

What, one might ask, is the reaction of the European Union to this rather curious development on its eastern border? None, it seems. At any rate, Russian politicians have pointed out that there is no evidence that the EU is standing behind Estonia in what they describe as a "bilateral dispute". It seems all disputes on the eastern border remain bilateral.