Journalists look at themselves

Readers of this blog would have worked out some time ago that we are not enamoured of the MSM. In particular, we do not hold the British media in the sort of respect most of its denizens feel is their due. This has less with those denizens’ political views and more with their ignorance, laziness and self-satisfaction.

How many British journalists either print or electronic, while lambasting the American government’s response to Katrina, bothered to find out exactly how that American government works? How many of them know that unless the Governor of a State specifically requests federal troops the President has no constitutional right to send them in? That way civil wars lie.

Nearer home, how many of the boys and girls with the mikes, cameras and laptop computers (no longer those wonderfully noisy typewriters) have the faintest idea how legislation is done in the European Union, though they blithely write about what Ministers or Commissioners do or say, without bothering to find out whether their so-called analysis has any link with the truth at all?

How many of them know the history or the geography of countries on whose present state they pontificate? How many of them bother to look at a map or read the most basic history book? Or, failing all that, look up things on the net?

The word amateur was once used with pride and approval. It denoted a person who, without being paid for it, was knowledgeable in some subject or skilful in some sport. Now, it has exactly the opposite meaning. Our journalists tend to be amateurs, not because they do not get paid but because they do not behave as professionals.

Having said all that, I have to admit that there are a few of the old-fashioned type of hacks around we approve of. One such is Mark Steyn, whom we quote with some regularity. 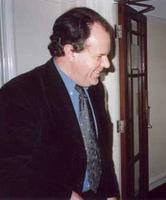 Another one is John Lloyd, sometime Moscow correspondent of the Financial Times (one of the few who actually knew what he was writing about), sometime Deputy Editor of the New Statesman, from which he resigned for entirely prinicipled reasons and now the editor of the FT’s Saturday magazine. Lloyd has done the unexpected and seemingly impossible: created an interesting week-end magazine. A greater achievement I cannot envisage in the world if journalism.

In addition John Lloyd has no problems about criticizing or attacking even sacred cows and his main articles, often about journalism and politics, are very well worth reading.

This weeks’ piece deals with journalists and is entitled Bias Cuts (clearly the sub-editors on the magazine are quite good, as well). Its theme is:

“Journalists must question every world view – and that includes the liberal-rationalist one they so often espouse.”

Well, yawn, you might say. Another piece of journalistic breast-beating that quickly evaporates into the ether. To some extent that is true but Lloyd does raise some important issues, even though I may not agree with all of what he says.

His starting point is the breast-beating that has gone on among American journalists, in particular, about the Iraqi WMDs that did not materialize. Interestingly, he does not simply dismiss the whole thing as a form of fog of war but reminds us that most journalists wrote up that story, that the call for a war against Saddam was not confined to a few grouchy neo-cons and that there were good reasons for this.

Lloyd asks whether journalists whom he considers to be truthful, hard-working and fully professional

“… screwed up or were they reporting information and beliefs held in good faith by professionals and victims of Saddam, which appeared to be right because the counter arguments appared weaker or mendacious? And how does journalism avoid that?”

His reply to his own question is:

One of those biases was the horror and detestation of Saddam’s regime and the stories (since then corroborated by physical evidence) of the tortures, murders, mass executions.

Interestingly, Lloyd does not go on to the bias that underlies so much journalism in America and Europe in its reporting of the war in Iraq and, indeed, most things to do with the Bush administration: a left-wing, “liberal” detestation of the man and all his supporters.

Nor does he mention the blogosphere, which has been so effective in the United States in undermining the self-referential world view of the Main Stream Media and has caused a certain amount of readjustment and that old friend of ours, breast-beating.

Lloyd does, however, raise a very important issue for the American media: religion. The left-leaning newspapers and TV networks live by a certain materialist, liberal-rationalist standard and find the idea of Christianity boring, backward and laughable. Unfortunately, a very large number of people in the US take exactly the opposite point of view and this has been reflected in electoral developments.

How do the well-known newspapers deal with the problem?

“The editor of the New York Times, Bill Keller, confessed in an inteview this year that he felt his paper had lacked a depth of understanding of the faithful,and of those who didn’t share the liberal stance of his paper.

Michael Parks, who edited the Los Angeles Times in the late 1990s, told me he had spent sme time after his appointment asking all sorts of people what was important to them: in respone he increased the numbers of reporters covering religion from one to six.”

Of course, we do not know what sort of tone those six reporters took towards religion, particularly Christianity and where, in that voluminous paper, were the reports printed?

What of the European journalists? Do they ever suffer from this sort of momentary twinges of self-doubt. Not a lot, apparently. But there was one occasion during which certain ticks (not yet twinges) appeared.

Earlier this month at the Sanssouci Colloquium, which was going to be another “moan” about the state of Europe (no wonder these chaps and chapesses have no time to do any journalism if they attend quite so many meetings, conferences, colloquia

“[t]he journalists present, many of them editors of large newspapers, turned upon themselves, and found their practice wanting”.

It seems that Commission Vice-President Verheugen had

“confessed, candidly, that the hammer blows of the French and Dutch refusals to endorese the European constitution had left the union in a deeper crisis than any caused by rifts between member states or politicians”.

Yes, well, only journalists, in particular editors of large newspapers could have been surprised by that statement or seen through the mock autocritique.

It seems, however, that the proceedings did not go according to the script. Melanie Phillips of the Daily Mail

“ripped into Verheugen and the union as agents of a conspiracy against democracy, liberty and the nation state. The Eurosceptic had come into her own,and in the pleasure garden of Frederick the Great, to boot”.

It seems the British participants, none of whom had displayed Ms Phillips’s gumption, accepted her outburst as “part of the British debate”. The other Europeans, though, in the wake of those referendums and Verheugen’s speech went into an unaccustomed mode of breast-beating.

“The editor of an Austrian newspaper summed up a view expressed in a more fragmented way by several – including Italian, German and Estonian – participants. He said that European journalists (with the exception of the British) had failed to hold the European Commission, and the entire European project, to proper account. This was, he said, because the journalists – especially those born soon after the war – had assumed the project to be a good one, good beyond all doubt…

The fundamental questions weren’t asked;they were tacitly, unconsciously, assumed not to apply. Thus it was not just the Eurocrats and the Europols who had been found wanting by the earthquake of the French and Dutch votes: it was also the journalists.”

The trouble is that the picture that paints of the vigorous British debate is completely false. I accept the argument about Continental journalist, especially those born soon after the war but even that is inadeqate.

Those arguments do not apply to the Estonians, whenever they happen to have been born. Furthermore, time has marched on and a very large number of journalists now were born quite a long time after the war. They cannot use that as an excuse.

And how many British journalists are prepared to hold the Commission or the European project to account? How many of them can even understand any of it? Noticeably, only Melanie Phillips was prepared to rock the boat at Sanssouci and, while she is a staunch eurosceptic, the EU is not her main theme. What were the others doing? Basking in the underserved envy and approbation of their Continental brethren, I suspect.

For if there is one bias that the British media suffers from, it is total self-satisfaction. While British newspapers dumb down we hear endless self-approbatory comments from British journalists. Worse, they actually sneer at other newspapers, particularly American ones, not being able to read any of the Continental ones.

Yet, bias or no bias, how many British newspapers can compare in quality with the New York Times, the Wall Street Journal (in its various forms), the Washington Post or the Washington Times, the Boston Globe, the Los Angeles Times and many others?

Is the BBC really the pinnacle of electronic news reporting or analysis as it fondly believes itself to be?

Have British journalists realized that the internet and the blogosphere blowing stormy winds through their cosy little world? Not on your life, though the first “victim”, the News Editor of the Guardian has fallen.

As John Lloyd says at the end of his article:

“The devil is in the bias you don’t know you have, or think you’ve overcome. We don’t cure what we can’t see.”

Ladies and gentlemen of the press and media. We are here to tell you about what you can’t see. And we shall go on doing so until your eyes open but by then it might be too late for you.