A period of reflection? 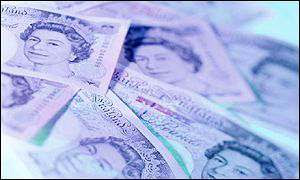 While we have been preening ourselves (or some people have) about our financial prudence, compared with the "basket case" eurozone economies of France and Germany, the EU commission has fired a timely shot across the bows of SS Britannia, stating yesterday that Mr Gordon Brown's budget is in breach of the EU's deficit ceiling.

Tactfully, it has refrained from declaring that the 3.2 percent shortfall Britain reported for the 2004/2005 financial year is excessive, but it is preparing for the second shot, with a reference to the Economic and Financial Committee, whence it will make a final judgement.

This is in fact the second year running that Britain's budget deficit exceeds the limit of 3 percent of gross domestic product, stipulated by the EU's Growth and Stability and the Commission does not buy into any excuse that the excess can be "explained by the economic situation". Domestic GDP growth, it notes, was above potential in the last two years (3.2 percent in 2004 and 2.9 percent in 2005). It therefore concludes that the deficit criterion in the Treaty is not fulfilled by the UK."

Brown, can of course, ignore any comments from the "colleagues" as he the UK is not part of the single currency and does not face the threat of financial sanctions, but it should somewhat weaken claims to be able to lecture other EU governments about economic reform. And should the "colleagues" really get stuck into the "off balance sheet" games that Brown is playing, mainly through his creative use of private finance initiatives, the “prudent” chancellor might have some serious explaining to do.

Either way, a period of reflection might be due, as the implications of Brown's economic management skills finally begin to emerge.