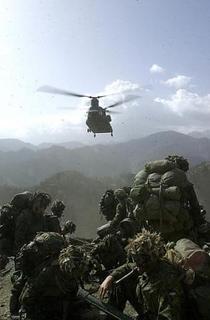 I suppose I should get excited about the EU's latest carve up on banana tariffs, or Barroso, with an unfortunate sense of timing, telling the US to give more money for the UN’s millennium fund. Perhaps Blunkett telling the EU to learn from the UK on job creation should have me quivering.

However, the great genius of the EU and things related to it are that they are, so very often, incredibly tedious. It takes real stamina to keep up with the goings-on and readers have my admiration for staying the course. Most do not, which is why the EU is able to get away with so much. The "colleagues" are not taking over our countries by force, so much as boring us into submission.

Fortunately for us, as Blog authors, we have been able to widen our remit, beyond the immediate purview of the EU, which is just as well. We would be having men in white coats coming to collect us if all we had to write about was direct EU affairs. After all, who really gives a brass farthing (a bent nickel, for our US friends) what a Member of the European Parliament says or thinks?

The story that caught our eye this morning, therefore, takes us slightly away from direct coverage of the EU but nevertheless is oddly relevant. It also once again illustrates that unwarranted superiority of the Europeans when it comes to affairs American – and it gives me an excuse to publish another picture of a "toy", a rather striking one at that.

So to the story, this one by The Financial Times military correspondent Peter Spiegel, headed "A military lesson America must grasp". He is reviewing a book by Sean Naylor entitled "Not a good day to die - The Untold Story of Operation Anaconda".

This is not actually about "toys", per se, but a rather sneering account of how the "clumsy, blundering" (my words, the author merely implies them) US made a mess of operations in the Shahikot Valley, near the Tora Bora mountain complex in eastern Afghanistan.

This was "Operation Anaconda" and Spiegel recounts with evident approval how "Sean Naylor's impeccably reported new book on the battle, 'will lie to rest any residual belief that Anaconda was anything but a horribly planned mess of an operation'."

Commanders sent US troops into a battle they had not been prepared for, against enemies they did not know existed, without the weapons they needed. In the end, eight Americans would die and hundreds of al-Qaeda operators, some of them senior leaders, would escape into Pakistan. According to Spiegel, Naylor has produced a gem in the mould of Black Hawk Down.

This may or may not be the case – I have not read the book so I cannot judge - but Spiegel then seeks to draw conclusions, with which I can take issue. "At a time when the Pentagon is in the midst of one of its most important rethinks of military policy in a generation," writes Spiegel, "the book should be required reading for another, more important reason":

Mr Naylor's account is a cautionary tale for those, including Donald Rumsfeld, US defence secretary, who believe that advanced weapons technologies can transform the US military into a smaller, lighter force using futuristic reconnaissance and communications equipment in place of heavy guns and boots on the ground. If Mr Naylor's book illustrates one thing, it is that no amount of intelligence, satellite imagery and precision air strikes can take the place of a well-armed artillery unit when a battle begins to go wrong. It is a lesson that the Pentagon is still struggling to grasp in Iraq.

The chain of events that led to the failures in Anaconda started well before the battle was even conceived when Mr Rumsfeld ordered what Mr Naylor calls a “force cap” in Afghanistan, keeping the number of conventional troops in the country low. The rationale was that the army could, through modern technology, do more with less, a central tenet of Mr Rumsfeld’s transformational agenda. Senior commanders managed the Afghan campaign "under extraordinarily close supervision by Rumsfeld", Mr Naylor writes, "who took it upon himself to ensure that not a single soldier was deployed to Afghanistan unless the defence secretary considered that soldier's presence there absolutely necessary".

The result was that battalions of the 101st Airborne, the first conventional army forces used in Afghanistan, were sent into Anaconda with almost no artillery – equipment that would have come in handy when it turned out that hundreds of al-Qaeda fighters, most of whom had not shown up on satellite imagery and spy plane reconnaissance, were waiting in the Shahikot with plenty of artillery of their own.

Under the doctrine advanced by Mr Rumsfeld, precision bombing from aircraft can make up for a lack of artillery. But soldiers found it difficult, sometimes impossible, to find available fighters and bombers. "For every air strike called in by [ground troops] that resulted in destroyed enemy position, there was a bombing run that couldn't be arranged before the target had moved, that missed the target completely, or, in some cases, that hit right where it was supposed to, but failed to kill the enemy," writes Mr Naylor.

Senior US commanders also displayed a disturbing over-reliance on intelligence gathered by satellites and spy planes – another favourite of Mr Rumsfeld’s. Not only would the soldiers who arrived in the valley find a landscape far more mountainous than the imagery led them to believe but they would also find about 1,000 enemy fighters when they had been told to expect 200 at most. Just as importantly, while the imagery suggested al-Qaeda fighters were housed in small valley villages, they were up in the mountains, the perfect position from which to rain down missiles on the US soldiers piling off Chinook helicopters.

In almost every respect, the doctrines and technologies pushed by Mr ­ Rumsfeld's transformationalists let down the men who fought in Anaconda. Communications gear failed, electronic intelligence misled planners, air support took hours to arrive, lightly armed men could not defend themselves. As Pentagon planners push on with Mr Rumsfeld's revolution, they would do well to take to heart the ­ lessons of an actual war.

Sounds all very well and good, except that the system was in its infancy during these early Afghan operations and is being rolled out over the next ten years or so, with the expenditure of over $120 billion, based on precisly the lessons learned in Afghanistan and Iraq. The expected transformation, therefore, cannot be compared with what the troops had available in Shahikot Valley.

But more to the point, the Europeans – and especially the British – are undertaking precisely the same force transformation that Rumsfeld is seeking – at a fraction of the overall cost and with considerably less capability, on which basis the UK has already started to cut back force numbers. And this is largely being done without anything like the depth of "actual war" experience that the US can muster.

Never mind. When you are the military correspondent for the Financial Times, you can afford to be sooooooo superior. After all, one is only writing about those stupid Americans, and they know nothing.